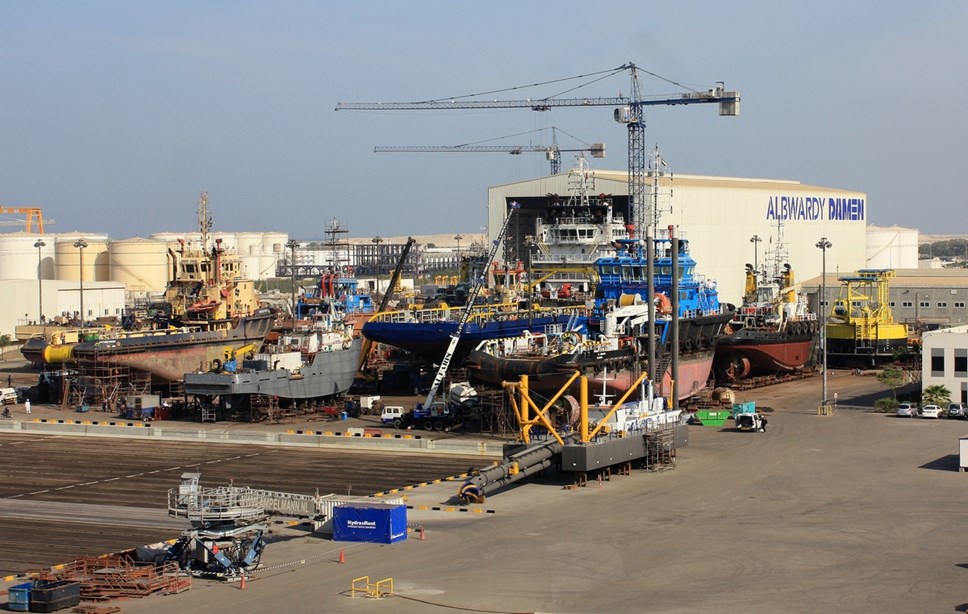 Albwardy Damen, the joint venture shipyard in Sharjah, UAE, between the Damen Shipyards Group and UAE-based Albwardy Investment, has received a prestigious Superbrands 2018 Award from Superbrands Worldwide, the world’s largest independent arbiter of branding. It pays tribute to the strongest and most valuable brands in the world through its publications and national marketing programmes. The winners of these awards were selected by the International Arbitration Board of the Award, made up of more than 4,000 marketing experts from the UAE business community.

The Hamriyah Free Zone in which Albwardy Damen operates won the Superbrands UAE Award for 2018 for the second time in a row. Based on its recommendations, a number of other companies within the zone including Albwardy Damen also received Superbrand awards.

Albwardy Damen brings Damen quality and technology to the UAE. The main yard is located in the Hamriyah Free Zone, Sharjah, and offers the highest standards of modern ship construction and repair. Among its many facilities it features a covered build hall, a 5,200 tonne ship lift and eight dry berths, each 125 metres in length. In 2017, it opened a new office and workshop facility in Dubai Maritime City to operate alongside its other facilities in Sharjah, Al Jadaf and Fujairah.

“We are very honoured to have received this award,” said Lard Seistrup, Managing Director of Albwardy Damen. “Hamriyah Free Zone is recognized across the region as a premier location from which to do business, and it has been a significant factor in our success. We are very grateful to Saud Al Mazrouei, Director of Hamriyah Free Zone Authority, and his team for their support and friendship.”

In January 2018, the yard held a naming ceremony for the world’s biggest Rotortug®, the ART 100-46 RT Raven. The Infield Support Vessel (ISV) RT Raven was built at Albwardy Damen to a Robert Allen design and is a customized, 46 metre, DP2, 100-tonne bollard pull Rotortug® for offshore support. One of the most powerful tugs ever built in the UAE, the vessel is operated by Perth-based KT Maritime Services Australia Pty Ltd.