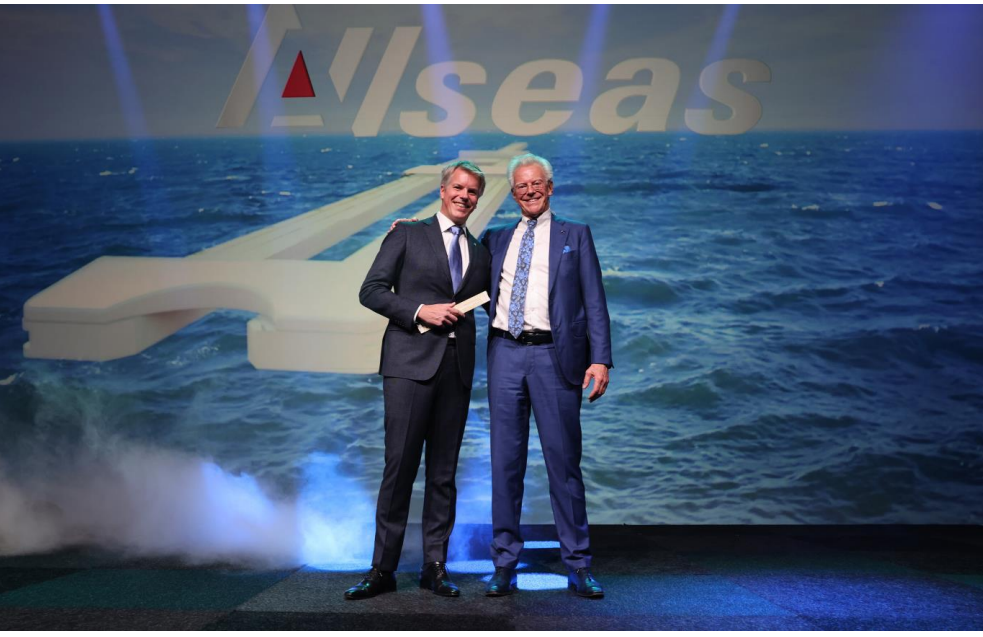 Allseas founder and President Edward Heerema is stepping aside after nearly four decades at the helm. Eldest son Pieter will assume the role of President of the Allseas Group. Edward will remain as Chairman and concentrate on developing and integrating new technological developments.
This milestone moment in Allseas history was officially announced last night at a special ceremony in Rotterdam.

Edward Heerema launched Allseas in 1985 and has since built the company into a global offshore contractor. His contributions to offshore marine construction have been paramount.

He developed the concept of dynamically positioned subsea pipelay with the introduction of Allseas’ first vessel Lorelay. The emergence of Solitaire in 1998 pushed pipeline installation into unchartered waters, enabling operators to develop previously inaccessible ultra-deepwater assets.

In 2016, Edward realised a lifetime vision with the launch of the world’s largest construction vessel Pioneering Spirit. Equipped with motion-compensated and single-lift technology, the vessel has revolutionised the offshore heavy lift industry.

Edward said, “Founding and building Allseas took an enormous amount of creativity, energy and perseverance. My ideas were sometimes doubted, but I was always determined to succeed. Over these many years, we established Allseas as a reliable contractor, with a reputation of changing the industry through innovation and pioneering spirit.”

Pieter said, “My father’s vision, daring and skill has been instrumental in Allseas’ success and growth. He made Allseas great by pioneering ideas and making them work. That is the DNA of Allseas.

Pieter joined Allseas in 2011. He served as Vice President overseeing the successful implementation and execution of key offshore infrastructure projects around the world.

“The work we do, day in day out, is my ultimate passion. Allseas’ hallmarks, pipelay and heavy lift, will remain. Positioning ourselves in new markets will help secure our future. I look forward to building on my father’s many successes as we move forward into new, exciting times.”