News & Press Ampelmann looks back on the highlights of 2018 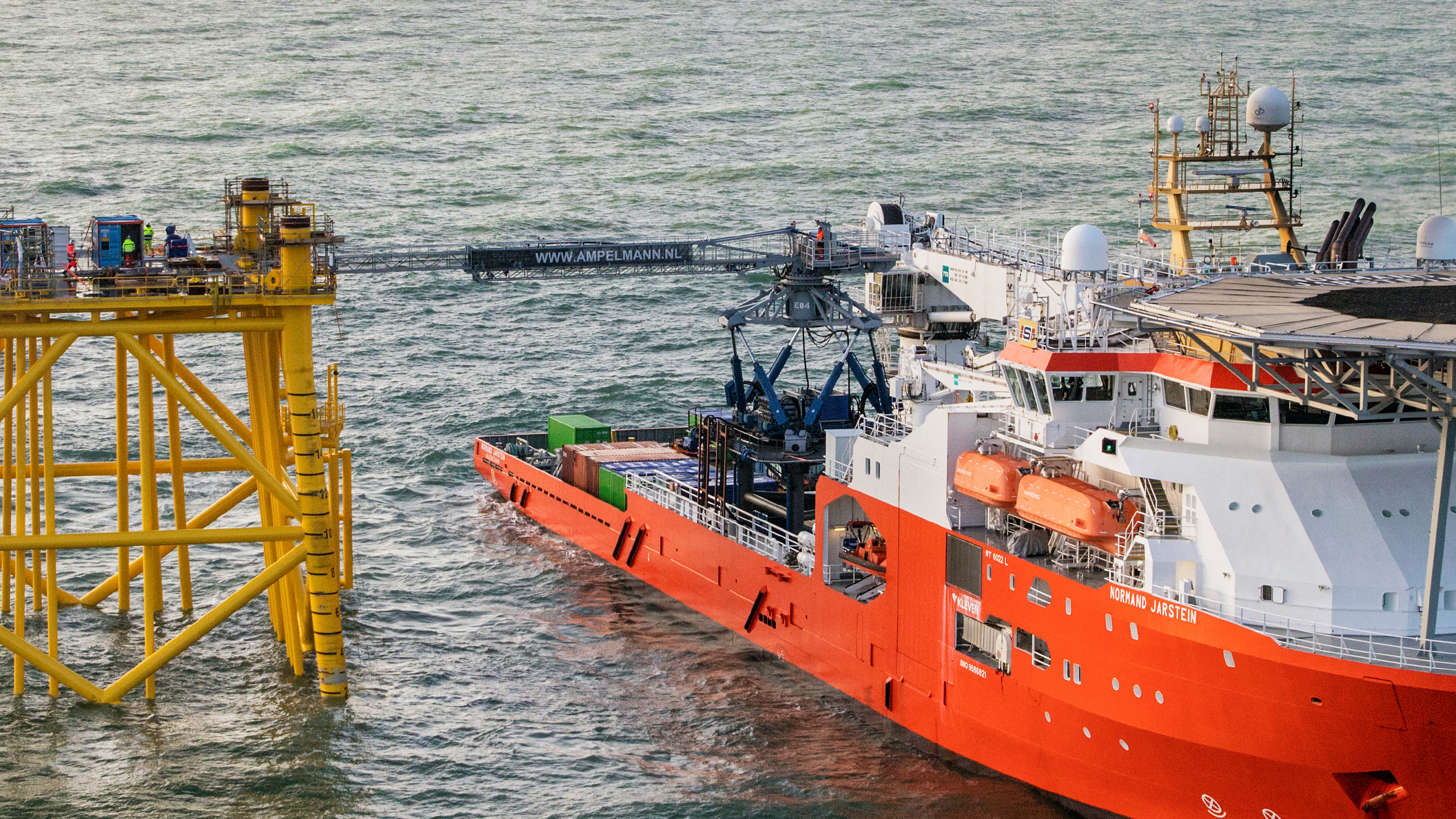 It’s that time of the year again – a time to look back, reflect and once again (quietly) celebrate important milestones. Ampelmann, the global leader in offshore access services, is revisiting a year of growth, successes, and expansion into new territories.

With over 4.7 million people and more than 9.3 million kilograms of cargo transferred safely offshore, the company maintains its stellar track record in the industry. Most recently, the company announced a milestone of 500,000 safe personnel transfers with oil major BP globally.

“2018 has been a record-setting year on many fronts,” said CEO Jan van der Tempel. “With our fleet back to full operational strength, we have seen moments of near full utilisation.”

Over the past 12 months, the company has signed a number of notable contracts both in the Offshore Wind and Oil & Gas (O&G) industries. The year started with а contract with Vroon Offshore Services, in which the A400 gangway system was deployed on a wind farm in the German Baltic Sea.

The A-type Enhanced Performance (AEP) made its way to the Southern North Sea, where it will operate on Wagenborg’s second Walk to Work Emergency Response and Rescue Vessel Kasteelborg for the next six years.

Further strengthening its position in the North Sea, the company was awarded another four new contracts and two extended scopes of work in the basin. The projects involved six E-type gangway systems being deployed by different major operators for planned shutdown campaigns and ongoing fabric maintenance support across the UKCS.

Over the course of September alone, five more contracts were secured in the Offshore Wind sector.

Decommissioning activity also took centre stage for the company in 2018. An E-type gangway system was installed on the Olympic Orion vessel to carry out a two-month campaign for Spirit Energy to prepare the Audrey platform for decommissioning.

Ampelmann has also been working on expanding its presence in territories across the globe. In May, it secured two contracts with vessel owner L.A.T.C. Marine Limited, on behalf of ExxonMobil, for the supply of two L-type gangway systems to offshore Nigeria. The L-type gangway system is particularly suited to small, crew change vessels and allows a continuous flow of up to 50 personnel every five minutes.

The N-type Icemann gangway system, which can operate in extreme cold weather conditions and withstand temperatures of -40°C, was commended with an OTC Spotlight on New Technology Award. This was accepted by Ampelmann’s team at the annual Offshore Technology Conference (OTC) in Houston, in May.

Speaking of the N-type, the system celebrated its first year in operation and maintained an unparalleled track record of more than 60,000 safe people transfers to date.

Ampelmann’s CEO, Jan van der Tempel, also earned recognition in 2018. He was named an honorary member of the Royal Netherlands Society of Engineers (KIVI) and recognised for his domestic and international contributions to the offshore industry.

Apart from securing awards and new scopes of work, the company expanded its reach geographically, too. In April, it opened its first office in Hamburg, Germany, followed by its first office in Dubai, the United Arab Emirates (UAE), later in the year. The company’s objective for both bases is to strengthen its regional foothold and establish closer ties with existing and potential clients.

To promote the benefits of offshore personnel marine transfer, the company organises its own annual Walk to Work seminars around the globe. This year, they took place in Qatar, Malaysia, Brazil and Scotland and welcomed more than 170 high-level industry delegates keen to learn more about making the offshore access industry safer and more efficient.
One of the highlights at events this year has been Ampelmann’s very own virtual reality (VR) experience. The technology has been developed in-house to make operator trainings, among others, more detailed and interactive.

Looking towards 2019, it is such innovative technologies that will lead the way. New markets, regions and projects are on the horizon, too.

“The future of Walk to Work looks bright,” explained Van der Tempel. “We are on a trajectory for expansion with an additional ten systems set for delivery in 2019. We see a further diversification in systems, applications and regions. An exciting development is the inclusion of regenerative actuation in our systems, leading to a potential 90% savings in energy. Expansion, innovation with a lower environmental footprint will continue to make offshore access as easy as crossing the street.”