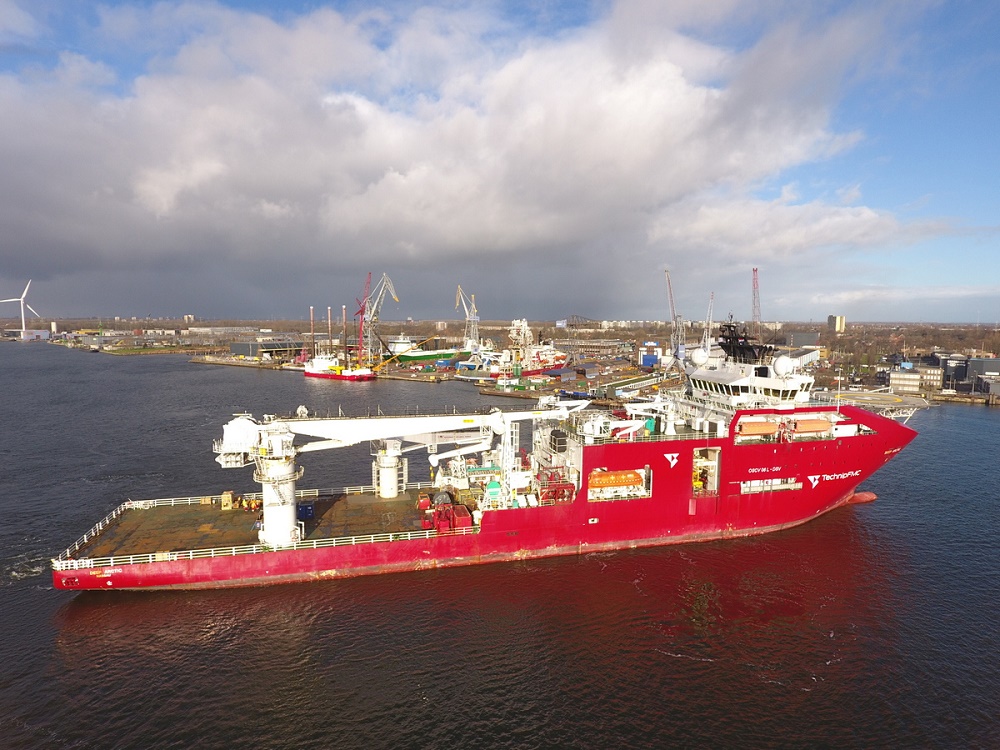 Damen Shiprepair Amsterdam has bid farewell to the Diving Support Vessel Deep Arctic following a significant maintenance stopover, a substantial proportion of which was spent in dry dock. It was an exceptionally complex project with a total of 2198 work permits issued, an indication of the large number of individual jobs that were completed and the number of stakeholders involved. The work was completed with zero hours lost to injuries and restricted work cases.

The 156-metre, TechnipFMC-owned Deep Arctic came to Damen Shiprepair Amsterdam (DSAm) primarily for a main class renewal (intermediate) docking and for maintenance including the renewal of the steel plates to her box coolers. To achieve this the yard removed 31 separate box coolers from the forward, midships and aft sea chests. The preparations needed to accomplish this involved the disconnection of all the associated piping on both the coolers and the anodes, the removal of any associated deck plates and benches, and the installation of lifting pad eyes above the box coolers where required.

Following the secure and precise removal of the coolers according to a pre-prepared lifting plan, they were placed either on the floor of the dock, on the quayside, or into shipping crates specially fabricated by DSAm for transport to the owners’ own specialists. Once all the overhauls and inspections were completed and the coolers returned, the yard reinstalled them all. The works required renewing the box cooler steel plates included cropping the old sea chest plates and replacing them with new steel plates prefabricated in the DSAm steel workshop and machine shop.

Once the works were complete, all the interior areas affected, including the ballast water tanks, forward tanks, coffer dam tanks and hull plates, were treated with a coatings programme. The yard also blasted and painted all the repaired sea chests and 16 additional forward sea chests.

Thrusters overhauled
Whilst the Deep Arctic was in the dry dock, she also overwent a complete thruster overhaul including upgrades to her tunnel, retractable and Azimuth thrusters, six in total. Her propeller shaft and centre line rudder also had their 10-yearly overhaul. These operations all took place in close collaboration with the Owner’s specialists Rolls Royce and OEM. Additional associated works included the fabrication of new piping for both tunnel thrusters, renewal of the lower gear units, repairs to the rudder stock actuator and the overhaul of the stern tube seal boxes.

To finish off, the yard also performed a large number of works at considerable heights. These included repairs to the gangway and load tests on the accommodation ladder and platform. Maintenance was also done to the structures of cranes no.1 (400T) and no.2 (58T), which included the removal of rust and painting the main and navigation masts and the helideck support structure.

All the works were undertaken to TechnipFMC’s and DSAm’s exceptionally high safety standards, aided by the close cooperation and planning that took place between the Damen and TechnipFMC project teams. The carefully configured seven-man DSAm project team ensured that the yard had enough resources to meet the high demands of TechnipFMC, and it included three junior project managers plus one, fully project-dedicated safety officer, which is relatively unusual. Both teams also had a planner onboard to keep the works operating to schedule. The overall result was a project delivered on time and to the highest quality. 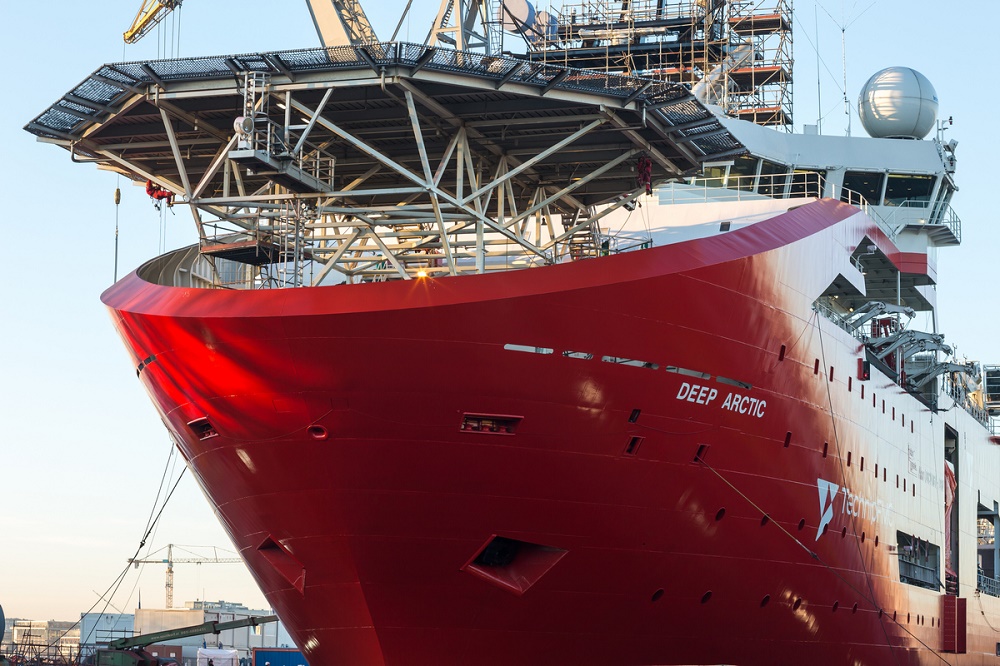