On Monday, 10 June, DOB-Academy signed a contract with NAMICPA (Nagasaki Marine Industry Cluster Promotion Association). Together with consortium partner TU Delft, we also signed a Memorandum of Understanding (MoU) with the Nippon Foundation. Both were signed after the “Netherlands Offshore Wind Business Seminar” at the Dutch Embassy in Tokyo, Japan. The Dutch Minister of Foreign Trade Minister Sigrid Kaag was present to witness the ceremonies.
During this seminar, eight renowned Dutch offshore energy companies gave an update about the latest developments and technologies in the industry. Present Dutch companies from the industry were Sif, IHC, IQIP, Van Oord, Shell and SolarDuck.

The contract between NAMICPA and DOB-Academy is a first step towards an Ocean Human Resources Development Center (OHRDC) in Nagasaki. OHRDC seeks to organize a new Academy in Nagasaki, to provide top-notch education for the future offshore engineers of Japan. DOB-Academy will help assist the set up of this academy, especially focusing on supplying content and “Teach the Teacher” sessions to successfully train Japanese teachers to teach these courses in Japan. The grand opening of the Academy is planned in April 2020.

The MoU underlines the intention for long term cooperation between the Nippon Foundation, TU Delft and DOB-Academy regarding the development of young professionals for the Offshore Industry in Japan, on the basis of equality, reciprocity and mutual benefit. The second Ocean Engineering Summer School, a direct result of this agreement, will already take place this summer! 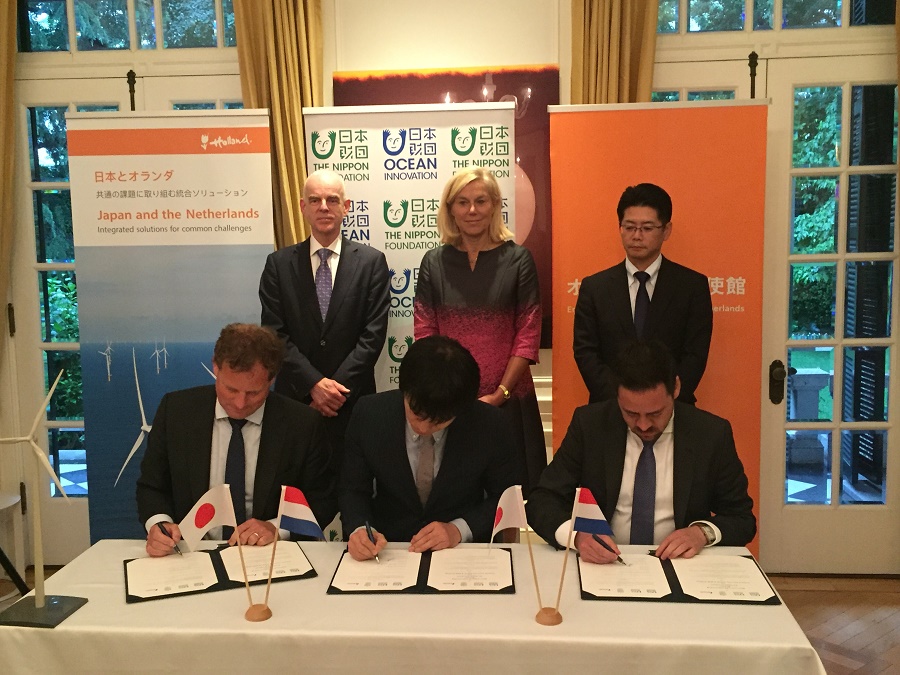