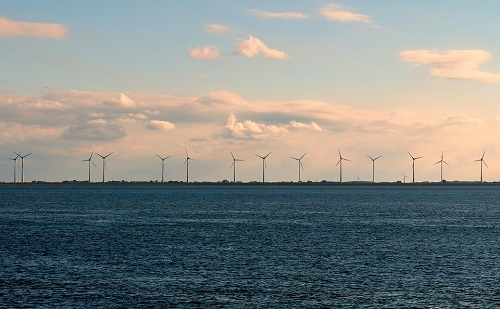 Europe’s decade-long economic and regulatory commitment to the offshore wind industry has paid off. With approximately 14 GW of power installed as of June 2017, the continent now boasts more than 90% of global offshore wind power capacity. Europe’s investment has created a competitive market that continues to drive down the cost of offshore wind through a mature supply chain, experienced developers, and technological innovation.

By contrast, the American offshore wind industry has only recently begun to gain momentum. Although only in the early planning stages, more than 25 offshore wind projects – primarily located off the Northeast and mid-Atlantic coasts – representing approximately 24 GW of generating capacity are underway. Some states have announced initiatives to promote development of offshore wind resources over the coming decade:
– New York has committed to developing 2.4 GW by 2030
– Massachusetts has committed to 1.6 GW by 2027
– Maine has committed to 5 GW by 2030

Despite this interest, the industry faces market barriers caused by federal laws restricting the use of foreign vessels in U.S. waters.
Also known as cabotage laws, these restrictions on coastwise trade (the transportation of merchandise or passengers between two points in the same country) are considered the most restrictive in the world.