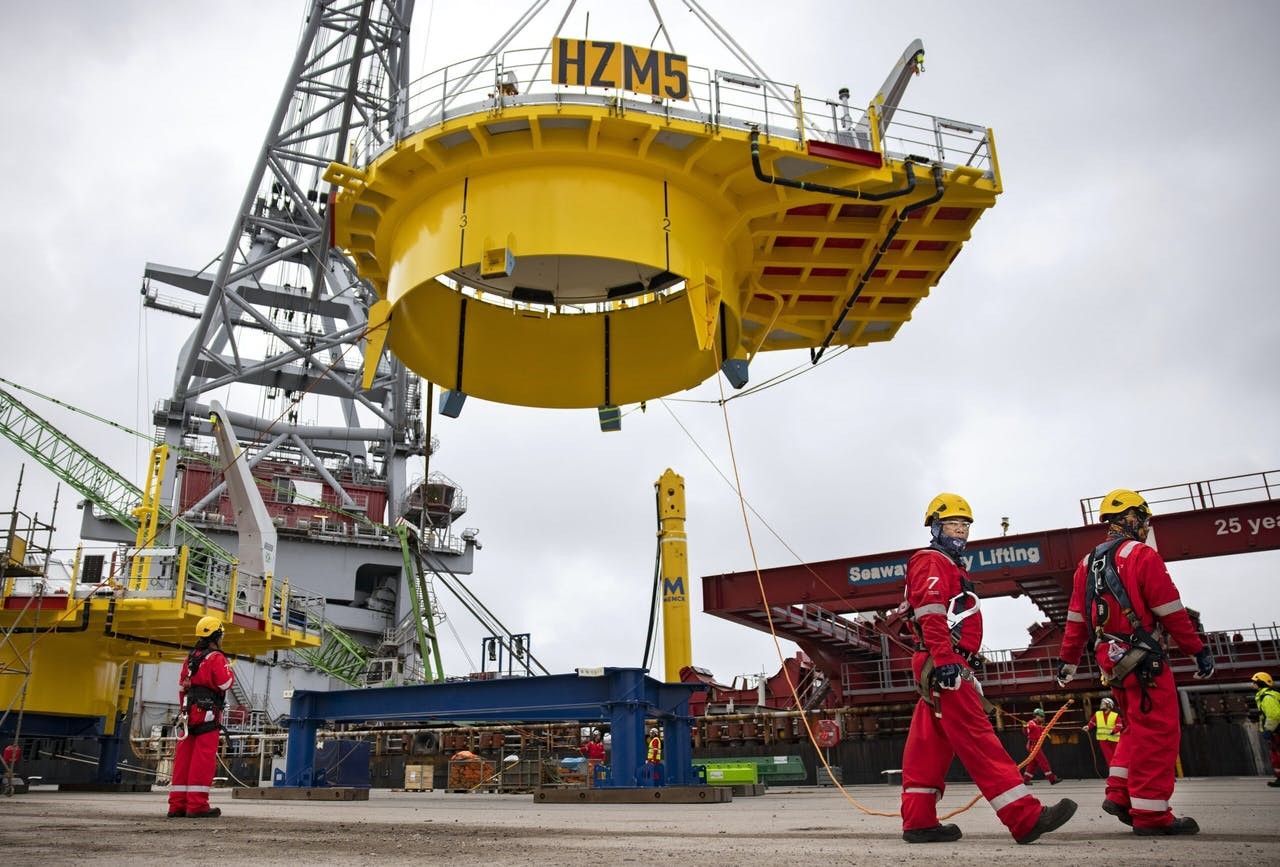 Vattenfall has started the offshore construction of the 1.5 GW Hollandse Kust Zuid (HKZ) wind farm in the Netherlands.

The first vessel transporting foundations to the construction site departed today (5 July) from Sif’s quay in Rotterdam, where the company is manufacturing 140 TP-less monopile foundations for the country’s (and the world’s) first subsidy-free offshore wind project.

The vessel carrying the first batch of foundations to the HKZ site is Seaway Strashnov.

Sif Group rolled out the first two of the 140 monopiles this March, after announcing fine-tuning of its production line for the project in November last year.

The monopiles will be installed in water depths varying from 17 to 28 metres. The installation vessel’s crane will lift the monopile into the water and lower it until it reaches the seabed at a depth of 17 to 28 metres. Once the foundation is in position on the seabed, a hydraulic hammer is used to drive the pile to the desired depth.

“Over the next few months, we will already install dozens of foundations”, said Vattenfall’s project director Ian Bremner. “During the winter there is a scheduled break, as sea and weather conditions are often too poor to work safely. In the spring of 2022, construction will resume, and we will install the remaining foundations followed by inter array cables and turbines”.

The monopiles will support 140 Siemens Gamesa’s SG 11.0-200 DD wind turbines. Siemens Gamesa has also selected Sif’s Maasvlakte site at the Port of Rotterdam, where the foundations are being produced, as the marshaling hub for the project.

“The first turbines are currently scheduled to be commissioned in the spring of 2022, with all turbines expected online by summer of 2023”, Bremner said.

Vattenfall, which won the development rights for Hollandse Kust Zuid’s four sites in two Dutch tenders, is now building the project together with its recently announced partner BASF, who just bought a 49.5 per cent stake in the project.