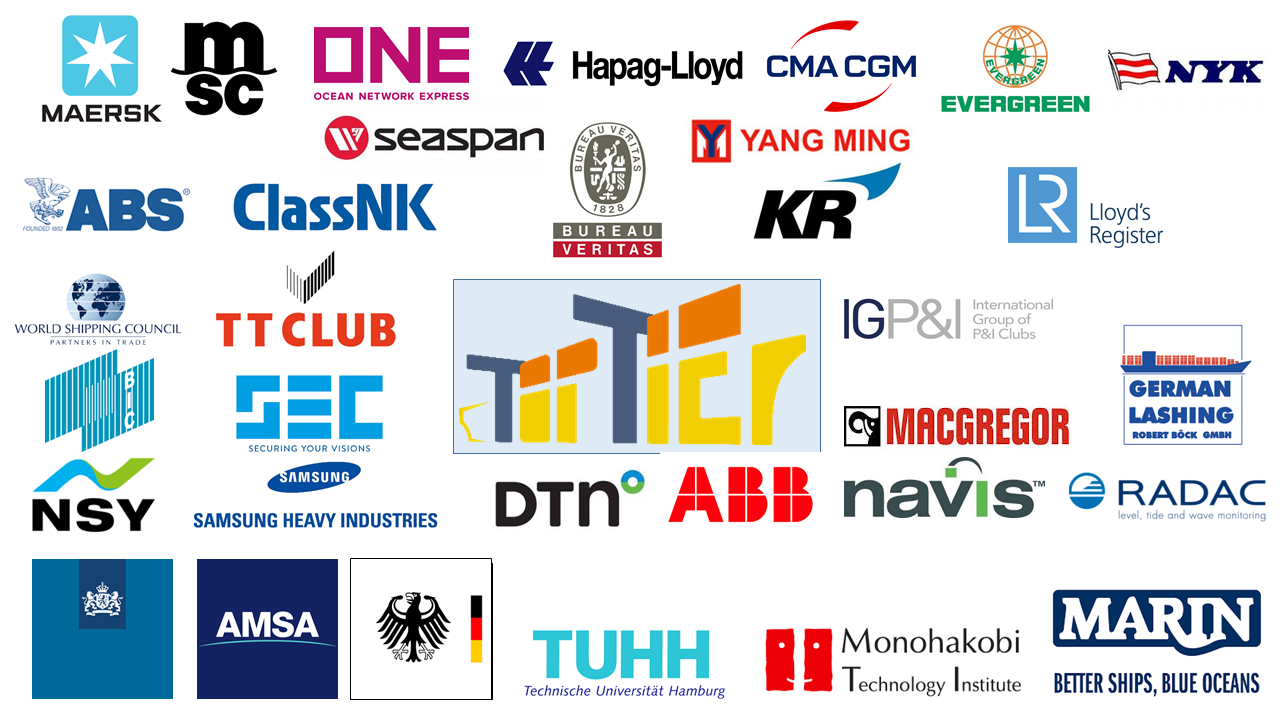 Kicked off on May 18 with more than 70 online attendees, MARIN’s TopTier Joint Industry Project is a three year initiative focused on drastically reducing the numbers of containers lost overboard and re-establishing the confidence in safe container operations.

The size of deep sea container ships increased exponentially over the past decades. Recent dramatic losses of containers and their impact on the marine and coastal environments have raised public and political concerns on the safety and environmental impact of modern container ships. “Authorities and industry are urged to re-evaluate container securing standards and improve regulations and practices to avoid such loss of containers at sea”, states Jos Koning, Top Tier’s technical coordinator at MARIN.

Goal
The TopTier initiative builds on MARIN’s Lashing@Sea Joint Industry Project, that ran from 2006 to 2009. Now, ten years later, a series of recent incidents shows that scale effects and increased economic pressure are pushing container operations beyond safe boundaries. “The new project will identify shortcomings in the current practice and propose improvements for the coming decade that are supported by both shipping industry and authorities responsible for overall safety”, comments Gijs Struijk, Project Manager at MARIN.

Project scope
Cargo securing safety relies not only on ships being operated inside their design margins, but also on the quality of calculation models to determine these margins, the reliability of hard input facts as weights, stow configuration, strength ratings, and a regulatory infrastructure to ensure that each of these comply to minimal standards. TopTier will review these aspects over the three years of the project. The scope includes:

Project set-up
The work will be carried out in four phases:

Consortium
TopTier is organised as a Joint Industry Project to ensure wide representation and combine sufficient experience and capabilities as needed to create an effective impact of project findings. The still expanding consortium of stakeholders includes coastal and flag state administrations, major carriers, class societies, gear makers, shipyards, IT suppliers, branch organisations as WCS, ICS, IG-group, BIC and technology institutes and universities. The group brings together the expertise that is needed to review transport safety by the complex product of all its aspects: shore-based logistics, container and lashing hardware, software and technology, vessel handling at sea and the regulatory framework that is in place to ensure compliance to minimal required standards.