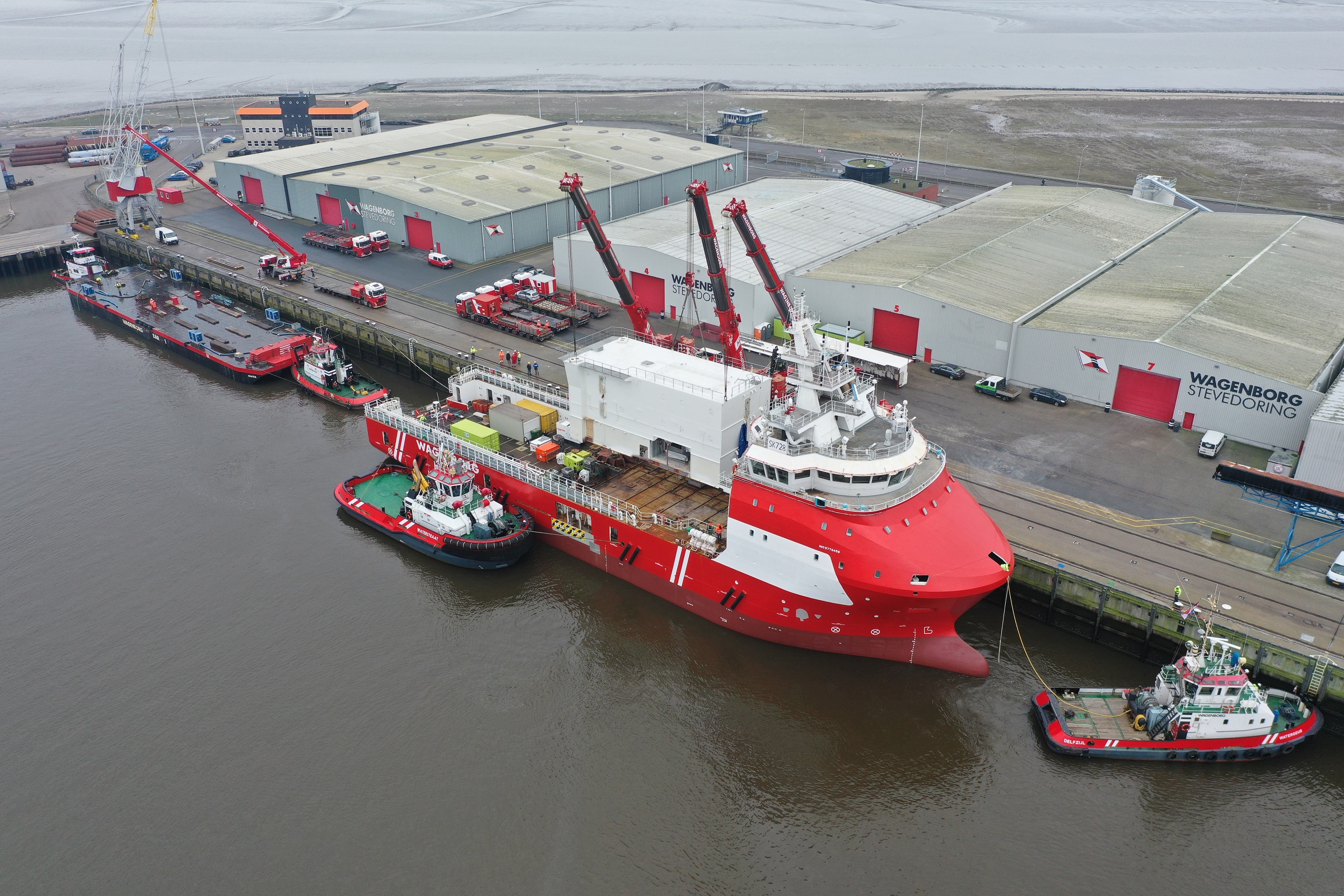 After a tender process, Wagenborg Offshore has signed an agreement for the deployment of a Walk to Work Emergency Response and Rescue Vessel (W2W EERV). This third walk to work vessel in the Wagenborg fleet will be operated by Wagenborg Offshore as a standby and support vessel for inspection and maintenance of unmanned platforms in the Southern North Sea.

Conversion
An existing platform supply ship – currently named ‘SK728’ – will be converted into the W2W vessel within 20 weeks at shipyard Royal Niestern Sander in Delfzijl. In this period, approximately 80 employees will work on the innovative conversion of the ship. Early 2021, the ship will be christened and the name will be revealed, after which it will set to work in the Southern North Sea.

The SK728 will be equipped with an additional accommodation module for 40 people. Today, this accommodation module was installed at the quay side of Wagenborg Stevedoring by a cooperation of various Wagenborg companies: mobile cranes of Wagenborg Nedlift and pontoon and tug assistance by Wagenborg Towage. In the upcoming weeks a motion compensated gangway and a motion compensated crane will also be installed to comply with all requirements.

Market leader
With three operational walk to work vessels on the North Sea, Wagenborg can be considered as one of the market leaders in this offshore niche. In 2018 Wagenborg supplied a similar vessel during after a similar conversion for Shell in the form of the walk-to-work vessel Kasteelborg. Together with ‘ship of the year’ Kroonborg, they have proved to be very successful in recent years. In addition to efficiency and logistical advantages, the walk to work vessels also has a positive effect on the environment by reducing helicopters flights significantly.