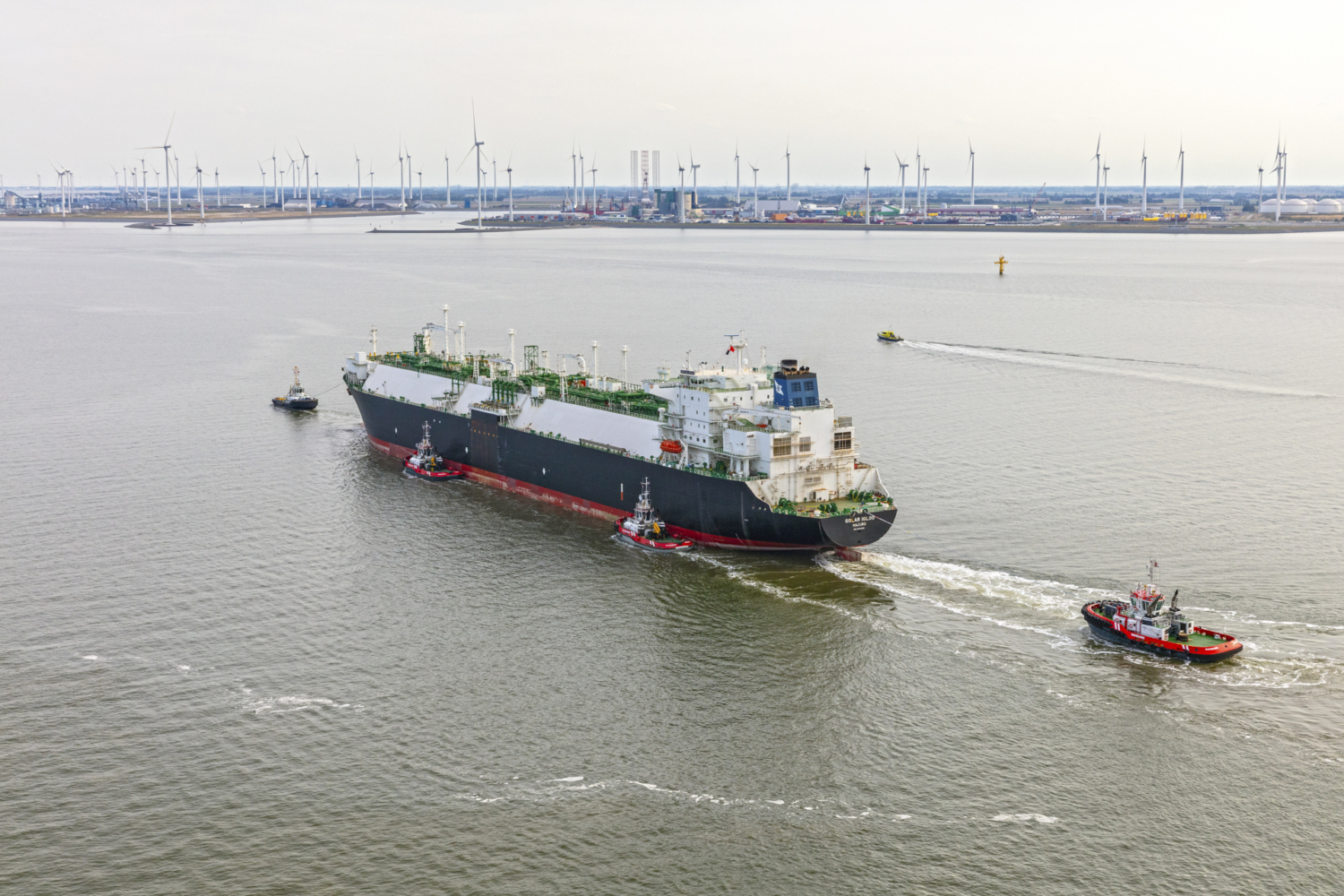 On Sunday, September 4, the Floating Storage Regassification Unit (FSRU) ‘Golar Igloo’ arrived in the Eemshaven under the agency of Wagenborg at the end of the afternoon. This floating LNG facility receives port assistance of multiple ASD tug boats including the ‘Waterlines’, ‘Waterstraat’ and ‘Waterstroom’. ‘Golar Igloo’ was moored safely in the Wilhelminahaven.

In order to increase security of supply and become less dependent on Russian gas, a new floating LNG terminal at Eemshaven is developed, which comprises of two FSRUs. Golar Igloo is the first of the two FSRUs to jointly form the new floating LNG terminal at Eemshaven called EemsEnergy Terminal. The second FSRU – Eemshaven LNG – is expected to arrive in Eemshaven later today, again under agency of Wagenborg and assisted with Wagenborg tug boats. Wagenborg is proud to assist both floating installations by means of agency services and tug assistance.

Assisting the FSRU ‘Golar Igloo’ marked the first towing job of the recently acquired 80 ton bollard pull tug Waterlines for Wagenborg. This ASD tug was recently acquired in Turkey after which she sailed to the Netherlands. With the addition of ‘Waterlines’ the Wagenborg tug fleet now comprises of nine tugs to provides tug assistance to various vessels in the Ems region. This includes multipurpose vessels, RORO vessels, offshore vessels and LNG tankers.

By the end of this week, the first LNG tanker is expected to arrive to supply the EemsEnergy Terminal with liquefied natural gas.