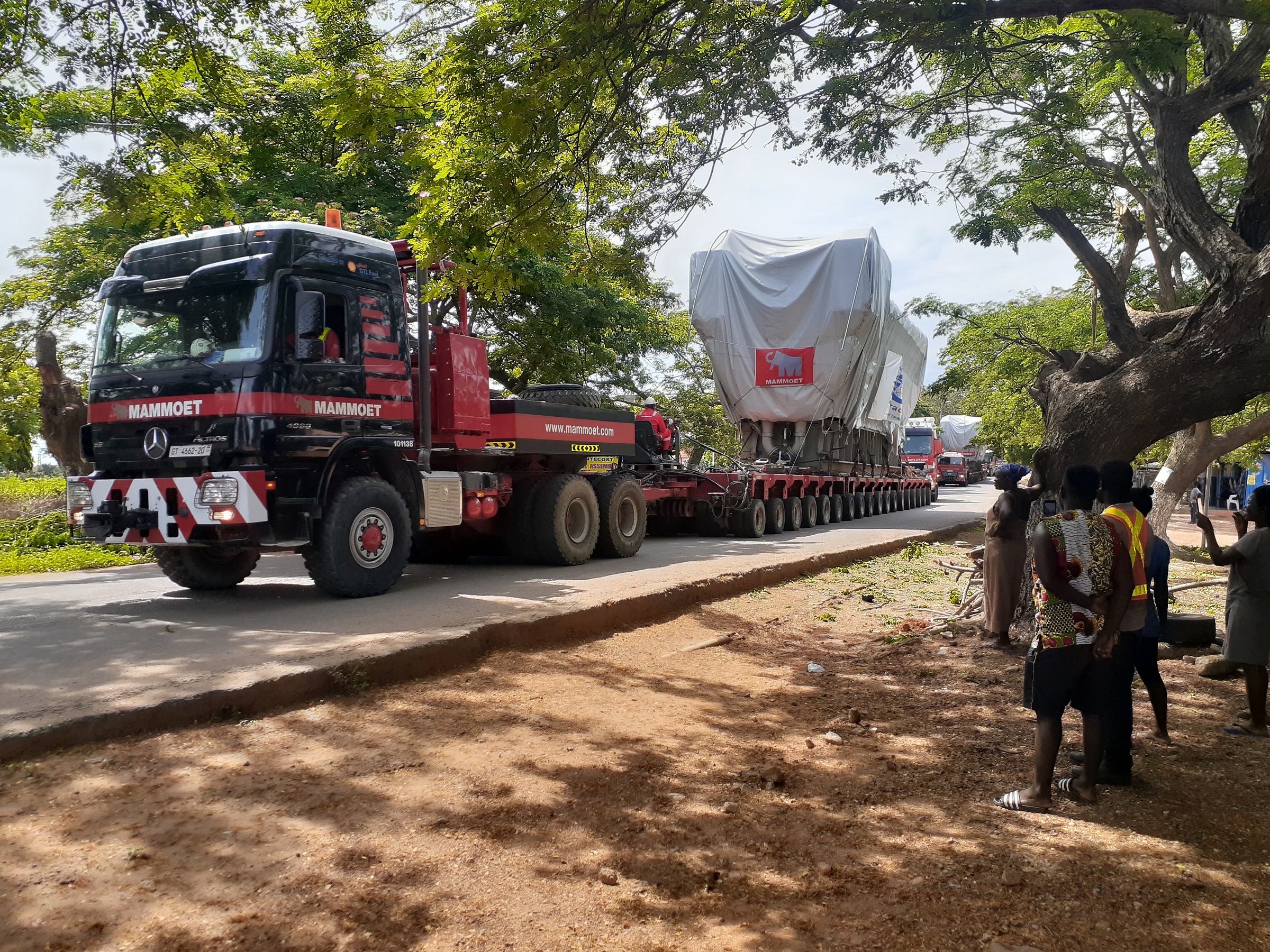 Saudi Aramco’s 126,000-bpd Riyadh refinery is one of Saudi Arabia’s oldest grassroots refineries; it was built in the late 1970s, with some of its existing equipment now reaching the end of its mechanical life. The company has planned maintenance at the refinery, including the upgrade of its hydroprocessing capabilities. The upgrades are designed to maximize low-sulfur content production, as part of Saudi Aramco’s program to comply with an ever-increasing demand for globally compliant fuels.

Mammoet, the global leader in engineered heavy lifting and transport, was approached by Jacobs Zate, the FEED and Project Management Consultant, to complete a route survey and lifting study for this complex turnaround back in early 2018, and in 2019, Al Rushaid Construction Company (ARCC), a Saudi industrial construction, maintenance and fabrication company, awarded Mammoet the contract to assist with the turnaround. This was a complex project that included the replacement of eight reactor vessels with unknown levels of deterioration. Mammoet conducted a lifting study to analyse the stresses that would be imposed on the reactors. A solution was proposed, using two-point lifting trunnions that would provide sufficient capacity to ‘lift and tail’ the reactor vessels safely.

The scope included the removal and replacement of existing refinery components, as well as the installation of new components, new foundations and platform structures. The entire operation involved a total of 109 lifts performed in three different areas of the refinery, including the replacement of eight hydrocracker reactors, 12 exchangers, and two platformer exchangers.

The old components and their replacements had to be transported and lifted within a congested refinery, with limited space, during a 40-day turnaround window, and in the midst of the global Covid19 pandemic. It was Mammoet’s responsibility to complete the operation safely and on schedule, while adhering to strict measures to prevent the spread of the virus, including safe physical distancing. All work had to be performed within an operating refinery and to very stringent safety rules and regulations.

To ensure continuity of operations given the turnaround schedule, Mammoet deployed separate cranes, trailers and crews for each area in order to perform the work simultaneously. Optimized crane selection and ready availability, as well as the careful sequence of crane assembly within limited space, were key factors in the success of this project.

Critical lifts included the removal of eight of the existing hydrocracker reactors and the installation of new replacements, each weighing 450t. The old reactor vessels were designed with a single top lifting cover. Due to the age and likely deterioration of the refractory, the removal operation using the lifting cover was a particular concern as it had the potential to overstress the vessel’s shell. Using the finite element method, Mammoet engineers analyzed the stresses imposed on the reactors during lifting, taking into account all safety factors for the unknown deterioration of the reactor’s steel shell. Based on the analysis, they developed two-point lifting trunnions, providing sufficient capacity to ‘lift and tail’ the vessels with stresses within an acceptable range.

Mammoet’s careful planning, innovative engineering and faultless execution ensured the operation was completed safely within the narrow timeframe, with minimal disruption and downtime. The new installations are part of a wider upgrade, envisioned to contribute to Saudi Aramco’s committment to drive energy efficiency and address the global emissions challenge.