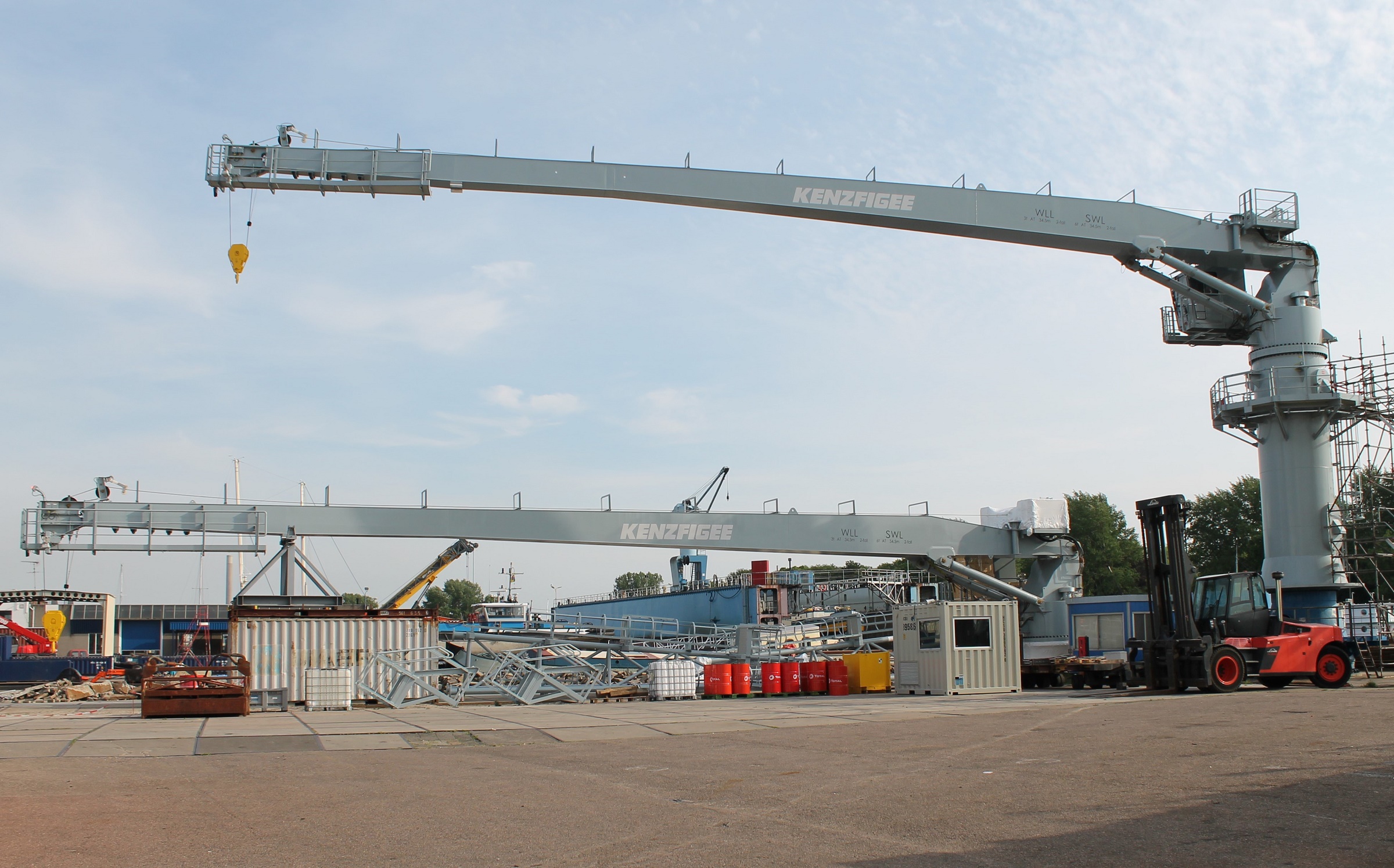 KenzFigee, a well-established supplier and service provider of tailor-made marine cranes, offshore equipment and services, has been awarded a contract by VolkerStevin for the delivery of two Ram Luffing Ammunition cranes destined for the Northern Ammunition Jetty in Loch Long, Argyll in the United Kingdom.

VolkerStevin awarded KenzFigee the contract to replace two existing ammunition cranes as part of a major upgrade project for the Northern Ammunition Jetty located in Loch Long, Argyll and Bute in Scotland. To accommodate the much larger Queen Elizabeth class (QEC) aircraft carriers and the Royal Navy’s surface fleet, the old jetty will be replaced with a new platform.

The two KenzFigee Ram Luffing pedestal type ammunition cranes will have a long boom of 34.5 meters with a SWL capacity of 3 tons for ammunition and 6 tons for other loads. The cranes are designed and manufactured in accordance with the most stringent Ministry of Defence Regulations, JSP467. After assembly and testing of the cranes at the premises of KenzFigee in Zaandam, the Netherlands, the cranes will be shipped to Loch Long. It is scheduled that after installation, commissioning and training of the operators on site, the cranes will be completed and ready for the first lift by mid-2021.

“KenzFigee is excited to have been awarded the contract from VolkerStevin for two ammunition cranes destined for the new Scottish Northern Ammunition Jetty on Loch Long”, says Robert de Rijcke, CCO of KenzFigee. “This award will further strengthen our strong relationship with VolkerStevin and partners, and also further strengthens our footprint in the British Navy & Defence industry as a trusted supplier of ammunition handling cranes. The KenzFigee team is committed to providing the highest quality and safety, and working closely together with our valued client VolkerStevin, who has been awarded the contract for upgrading the jetty.”