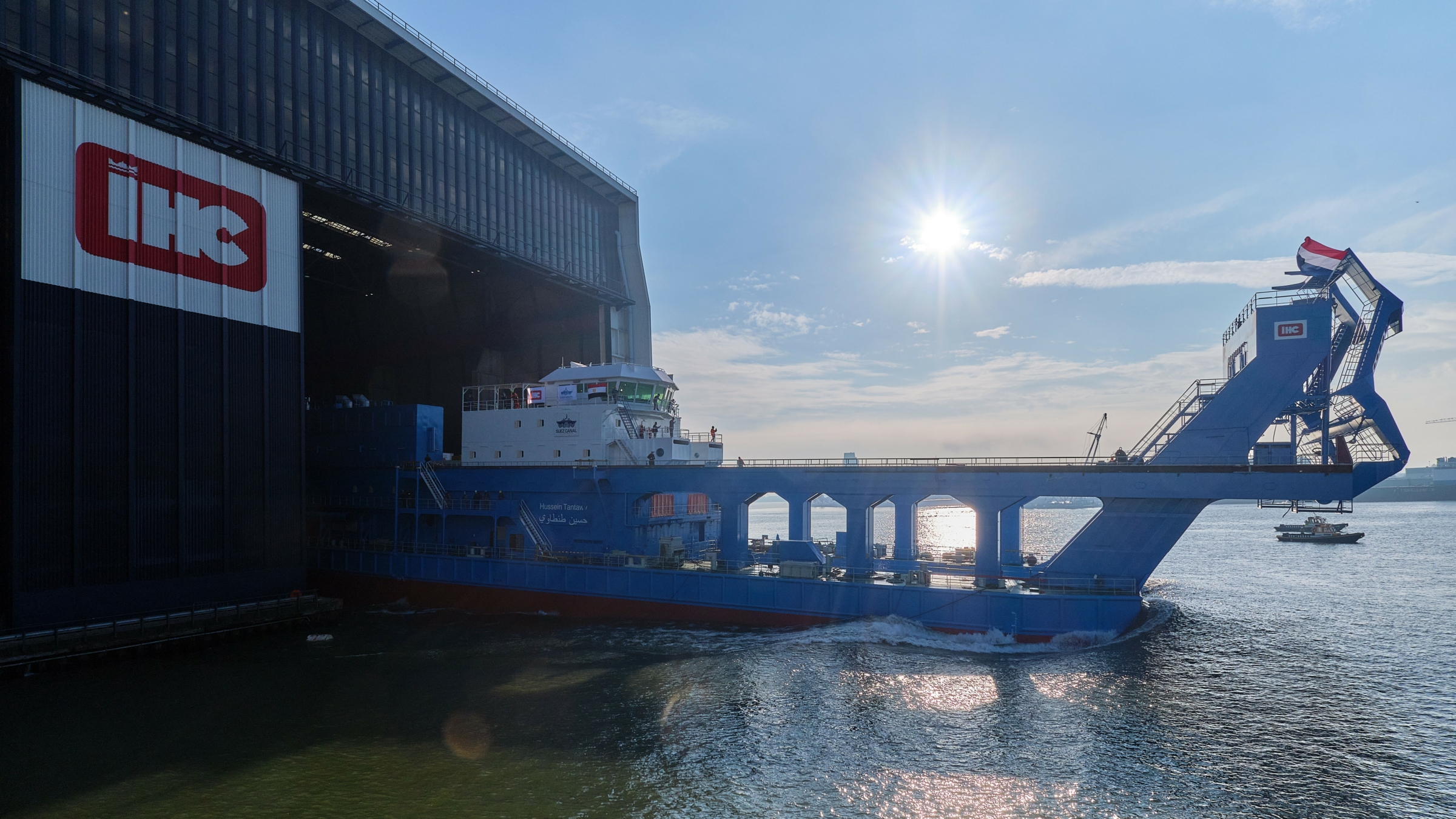 The HUSSEIN TANTAWY is one of two vessels currently under construction at IHC for SCA. Its
sister vessel, MOHAB MAMEESH, was launched in May and is expected to go on sea trials at the
end of this year. They are among the largest vessels of their kind and were both specifically
designed by IHC in close cooperation with SCA.

Like the MOHAB MAMEESH, the HUSSEIN TANTAWY is a 29,190kW heavy-duty rock CSD and
will be used to maintain and improve the Suez Canal, which connects the Mediterranean and
Red seas. The vessel, characterised by its long slender shape and high spud towers, will have an
overall length of 147.4 metres and provide a maximum dredging depth of 35 metres. Equipped
with one submerged and two inboard dredge pumps, the installed cutter power will be
4,800kW.

“We are delighted that our close partnership with SCA has resulted in the launch of these two
powerful and impressive vessels. They are testimony to the high level of cooperation between
our two companies, as well as the determination, dedication and professionalism of all
involved, to have delivered on time and to specification, in these most challenging of times,”
says IHC’s CEO Gerben Eggink.