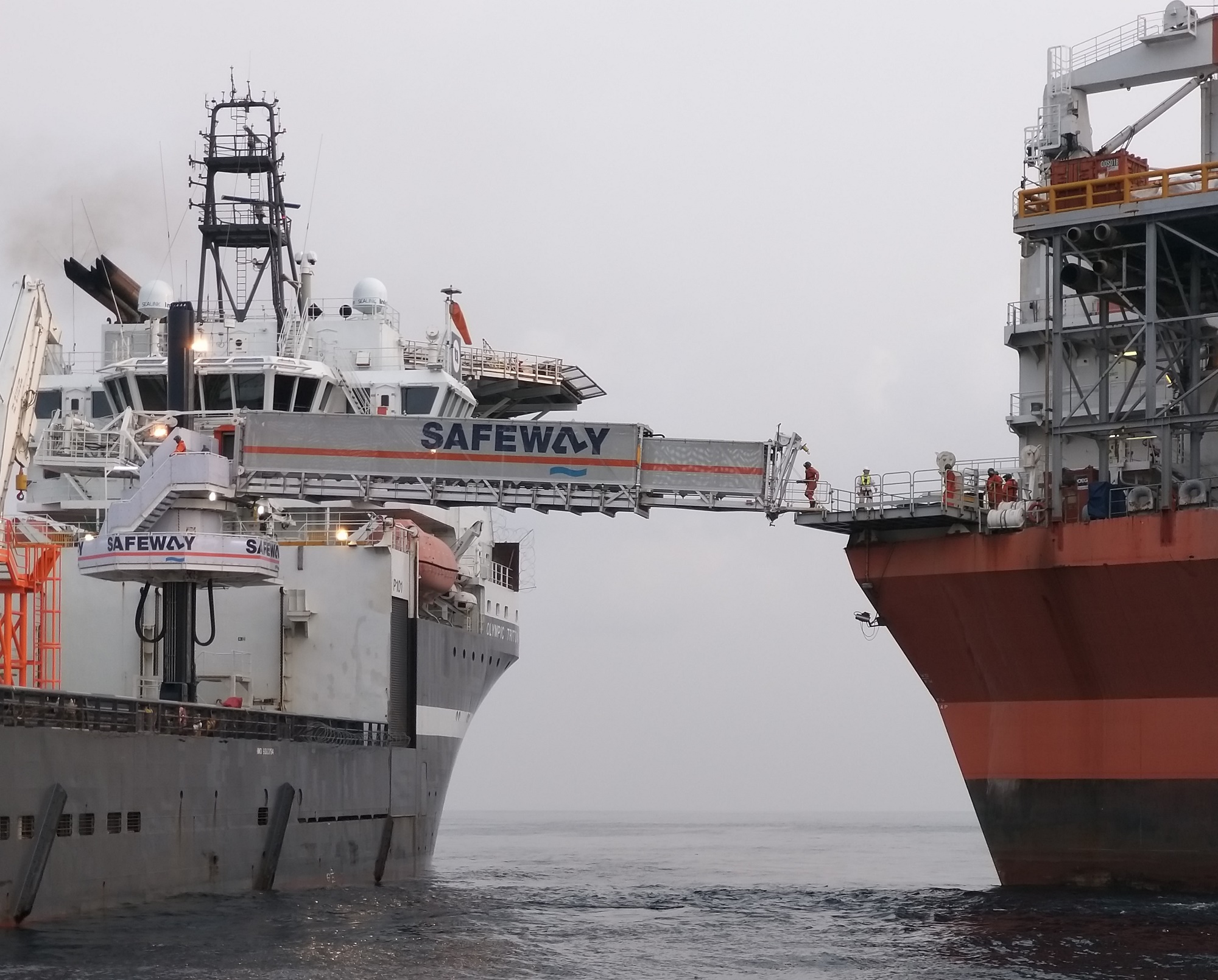 To perform this maintenance and inspection project of the giant FPSO, the unique 28 metre long walk-to-work Seagull-type is installed on the 95-metre long multifunctional subsea vessel Olympic Triton, owned by Olympic Subsea ASA, Norway. Specifically for this Bonga-project the DP2 diesel electric ROV support vessel has been chartered by Temile Development Company, an indigenous shipping company operating in the Nigerian oil and gas industry.

As both the Olympic Triton and the Bonga FPSO are vessels with individual movements in the water, the innovative and advanced control system of the Safeway Seagull was able to perform the Ship-to-Ship W2W operations as world’s first supplier without modifications or additional control units on the FPSO landing point.

The FPSO varies in draft due to its normal operations. The Safeway Seagull’s standard ten (10) meter vertical height adjustment of the gangway allowed the 10,000 workers and their tools to be safely transferred from the Olympic Triton to the Bonga FPSO and vice versa at a spectacular pace, leading to an increase in operational efficiency.

The giant Bonga floating production, storage and offloading (FPSO) vessel is in use at Shell’s Bonga oilfield (discovered in 1993 and with a life of 20 years), which lies 120 km off the coast of the Niger Delta, covering an area of 60km². The vessel, which became operational in 2004, is permanently installed in water depths ranging from 1,000m to 1,125m. First oil production was made in November 2005.

‘Excellent job well done by the Olympic Triton Safeway Team for achieving over 10,000 Safeway personnel crossing using the Gangway with zero HSSE incident. The gangway is used for safe access of the project teams (Fabric Maintenance campaign and the in-water Survey IWS & ROV inspection team) residing on the Olympic Triton to the Bonga FPSO and vice versa. The Safeway Team have exhibited safety leadership and demonstrated effective collaboration with the Olympic Triton’s captain and his marine crew, with support from the Bonga Marine Team, Bonga HeliAdmin, Bonga Safety team and the Project CSRs (including Nnamdi Nwamaghinna & Izuchukwu Ogazi) in line with our winning ways of working behaviour to achieve this milestone. Thank you all. Well done! Keep up the good work.’

According to the contract, the combination of Olympic Triton and the SafeWay gangway will remain operational on the project until further notice. 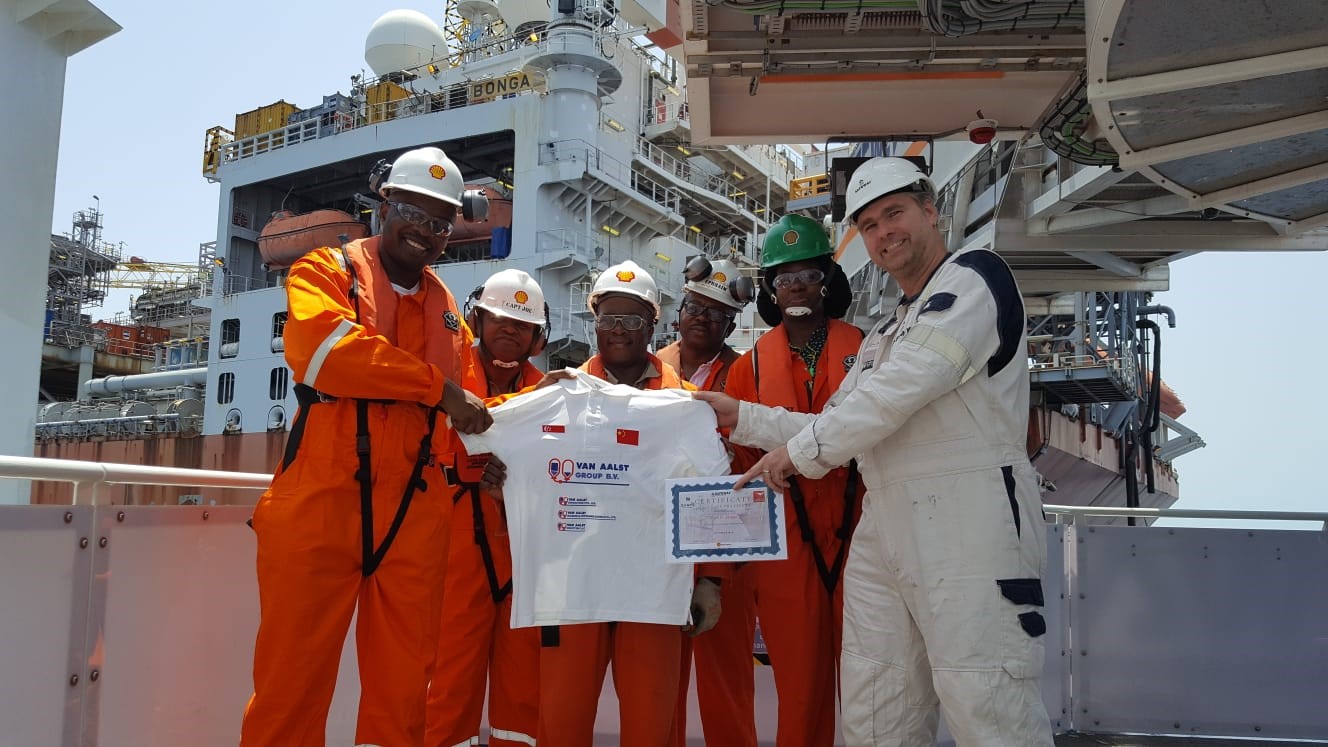