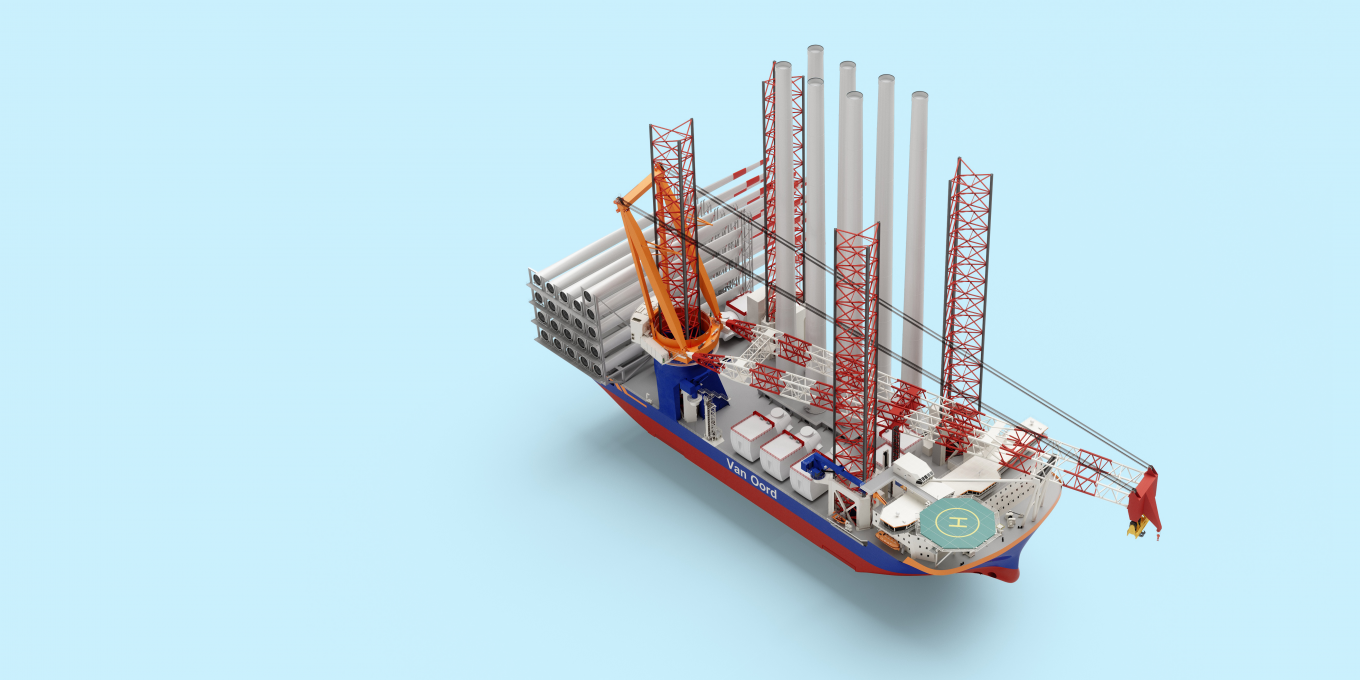 Van Oord has ordered a new offshore installation vessel to further strengthen its market position in offshore wind. The jack-up vessel can operate on methanol and install up to 20 MW wind turbines at sea with a very low CO2 footprint. The investment is in line with the increasing global demand for offshore wind farms. The ship is expected to enter the market in 2024.

Offshore wind is a key contributor to achieving climate change targets around the world. Since its initial involvement in wind farm installation in 2002, Van Oord has become a frontrunner in this industry. In the Netherlands, Van Oord was one of the first offshore companies (first time mover) to invest in Offshore Wind. As a result, Van Oord makes a significant contribution to the transition to sustainable energy in the Netherlands. It has also been involved in projects including the Princess Amalia Wind Farm, Eneco Luchterduinen Wind Farm, Gemini, Borssele III & IV, and this will be followed in the next few years by Hollandse Kust (North). Van Oord also operates outside Europe, including as an EPCI contractor (engineering, procurement, construction and installation) for the Sofia Offshore Wind Farm being built on the Dogger Bank in the middle of the North Sea.

Since 2002, Van Oord has contributed to the installation of a cumulative renewable energy capacity of 14.5 GW. That represents 40% of the total installed capacity of approximately 35 GW of offshore wind worldwide at the end of 2020. In 2020, Van Oord worked on and completed offshore wind projects that provide sustainable energy to more than 2.5 million households. The demand for offshore wind farms remains high. The European Union aims to install 300 GW of offshore wind capacity by 2050, and worldwide this is expected to be 2000 GW of offshore wind energy. In the Netherlands, the goal is to realise 20 GW up to 2030 and another 20 GW of offshore wind energy in the next decade. Wind turbines at sea are also rapidly getting bigger. In 2002 there were wind turbines of 2 MW, nowadays turbines of 14 MW are installed. The rotor blades are already well over a hundred metres long and the transport and installation requires larger ships. Van Oord is investing in a new vessel to transport and install the next generation of 20 MW wind turbines.

Pieter van Oord, CEO Van Oord:
‘This investment prepares us for the increase in scale in the offshore wind industry and allows us to maintain our leadership position.’