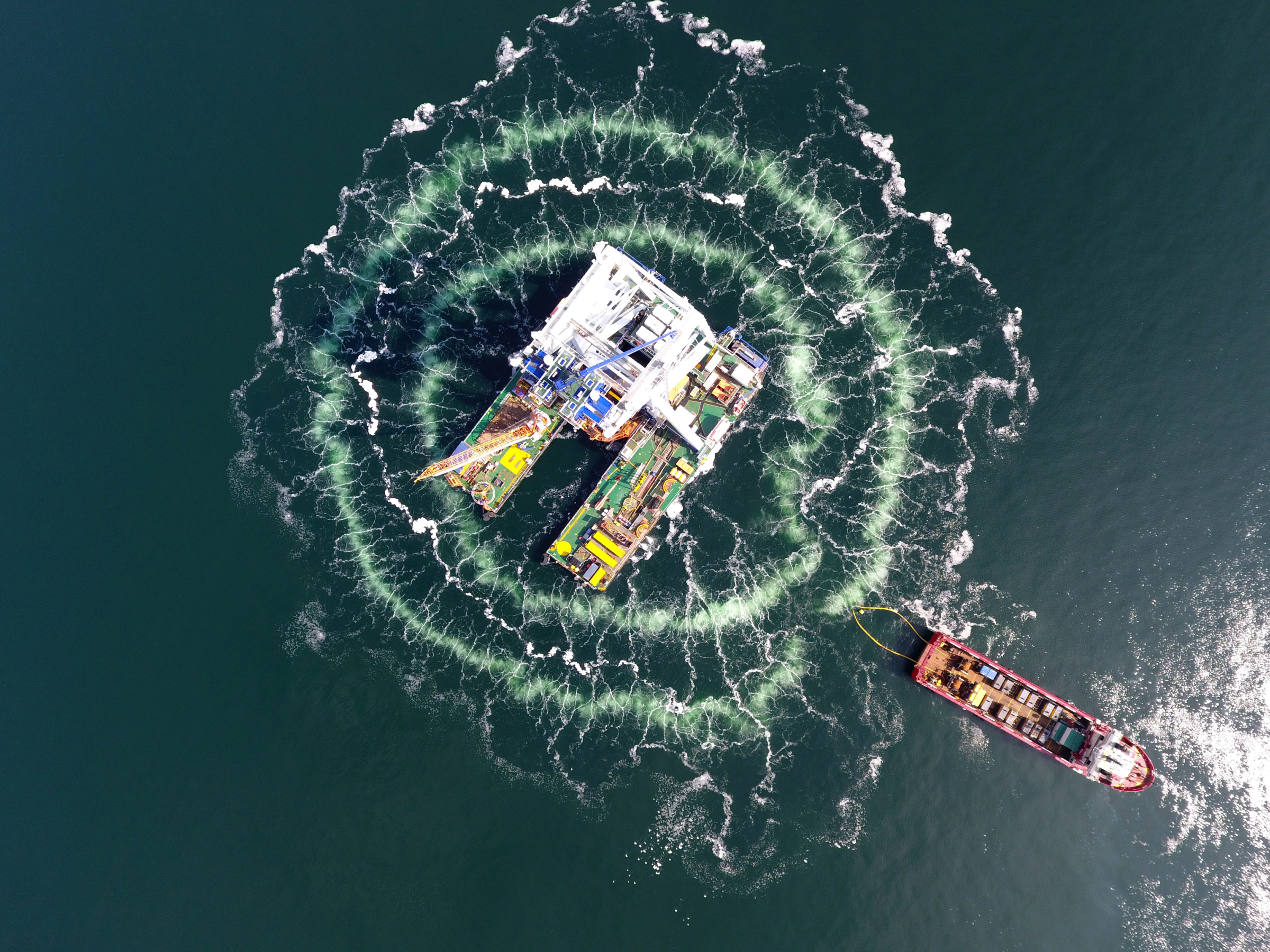 Rotterdam, the Netherlands, 3 September 2020 – Last week Van Oord’s heavy lift vessel Svanen successfully installed the final foundation for the Danish Kriegers Flak Offshore Wind farm in the Baltic Sea. A total of 72 monopiles were transported floating from Rostock, Germany, directly to the offshore site. The transition pieces were transported on barges from Aalborg, Denmark. Vattenfall awarded the transport and installation of the foundations for Kriegers Flak Offshore Wind farm to Van Oord.

The Svanen at work in the Baltic Sea
The Svanen installed all of the monopiles ahead of schedule. During execution all safety – and COVID-19 restrictions were in place, creating a safe work environment for those involved. Van Oord’s fleet for this project consisted of 10 vessels, in order to carry out all works. To reduce the underwater noise a ‘double big bubble curtain’ was used during pile driving. The project team worked closely with Vattenfall and foundation suppliers EEW Group and Bladt Industries to deliver this project.

Kriegers Flak Offshore Wind farm
With a production capacity of just over 600 MW, Kriegers Flak will be Denmark’s largest offshore wind farm and is scheduled to be fully operational in 2021. When the wind farm is in full production, it will increase the yearly Danish electricity production from wind by 18 per cent equivalent to roughly 600,000 Danish households’ annual electricity consumption. The wind farm is being constructed in the Baltic Sea and will be located between 15 and 40 kilometres from the Danish coast.