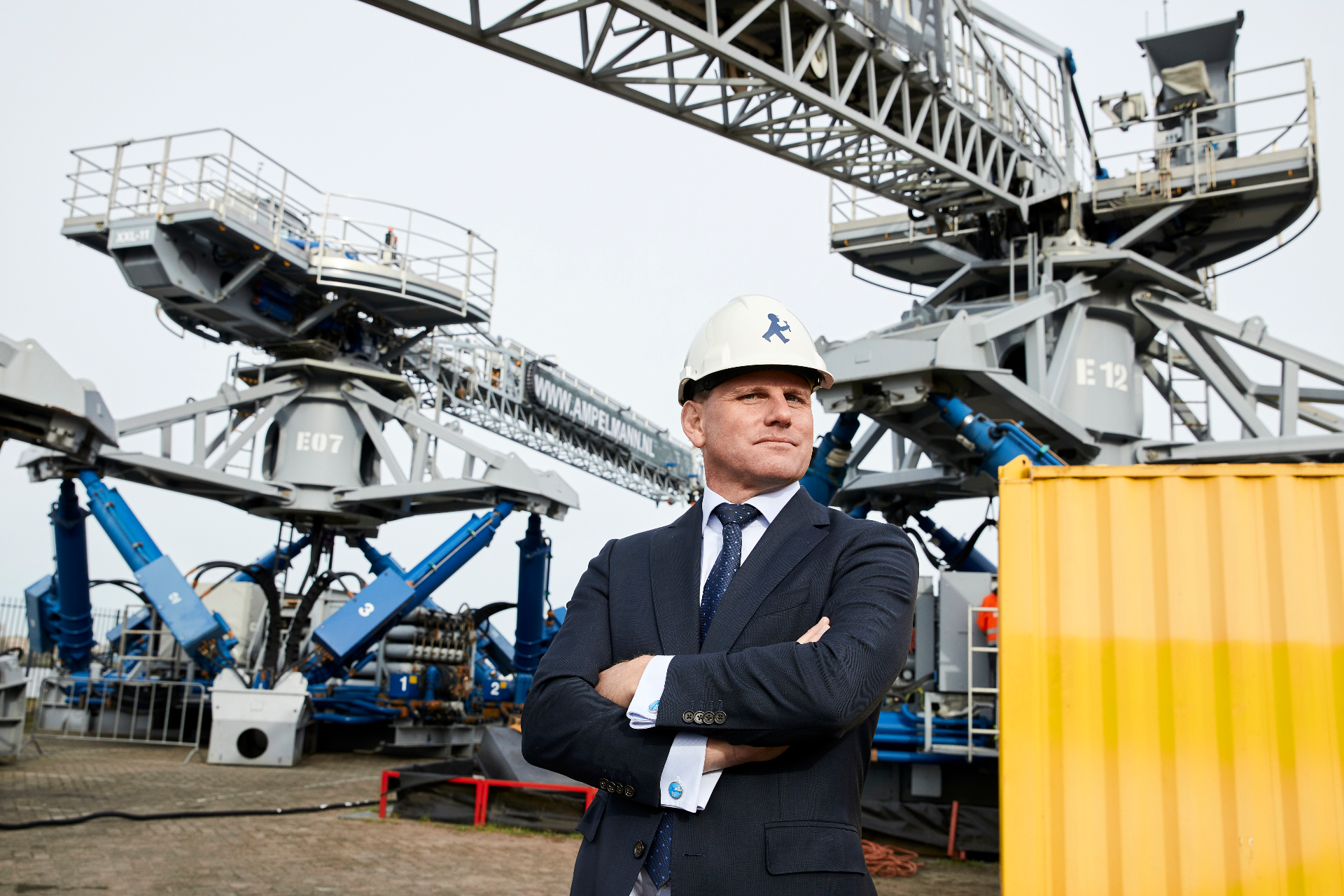 Jan van der Tempel, founder and CEO of Ampelmann, has been chosen as a finalist in the Industry category for this year’s European Inventor Award. He has been nominated for inventing the motion compensated gangway systems that Ampelmann is known for, and for his contribution to the safety of the offshore access industry.

“Van der Tempel has not only developed innovative technical solutions for the offshore industry. He has increased safety for the people who work in this sector, improved efficiency and reduced costs for operators,” said António Campinos, President of the European Patent Office (EPO) in a press release, announcing the names of European Inventor Award 2021 finalists.

The winners will be announced by the EPO during a virtual ceremony on 17 June.

Offshore access as easy as crossing the street
It was back in the early 2000s, during an offshore wind conference in Berlin, when Van der Tempel came up with the idea of leveraging technology, commonly used in flight simulators, to develop a system that would make access to offshore platforms safer and more efficient.

With its full motion compensation, the Ampelmann system is able to cancel out the movements of the vessel and provide a stable and safe footing for transfers on the open sea. This invention laid the foundation of, what is now known, as the Walk to Work industry.

Over the years, Ampelmann has enabled more than six million safe personnel transfers as well as the transfer of over 17 million kilogrammes of cargo, making it a global leader.
“We have come a long way with Ampelmann and to maintain our leading position in the market, we need to keep pushing the boundaries. We need to keep innovating,” said Van der Tempel. “Going forward, we will put even more focus on electrifying our systems and decreasing not only our carbon footprint, but that of the industry as well.”
The nomination for the European Inventor Award is an important recognition for Van der Tempel and his company’s contribution to offshore access.

“Building a successful company is not just about having a good and innovative idea,” he said. “It is about setting a vision and surrounding yourself with the right people. Together with our team, we have been able to create the Ampelmann that we know today and the Ampelmann that we will continue to grow tomorrow.”

The winners in each category will be determined by a jury and revealed on June 17. On the same night, the EPO will announce the winner of the Popular Prize. Voting opens on May 4 and closes during the ceremony. To vote for Jan van der Tempel, click here: https://bit.ly/3nG0Gv1.