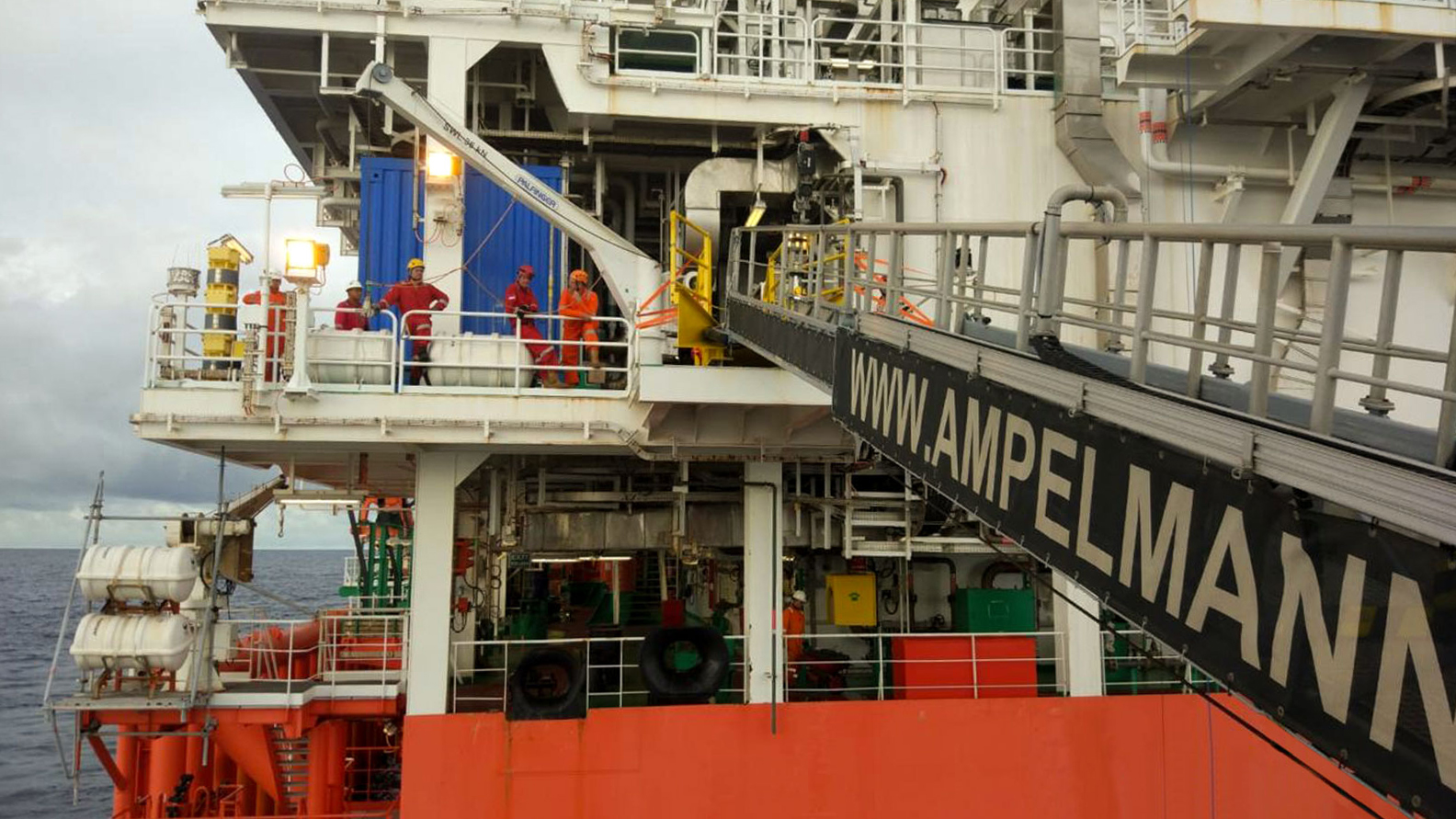 Dutch multinational Ampelmann, the global leader in offshore access services, has secured two new contracts in the Asia Pacific region. Two A-type systems have made their way to India and Indonesia, respectively, and will enable both short- and long-term Walk to Work (W2W) operations.

The contract for India is with vessel owner and operator MMA Offshore. This contract will see the A-type installed on the MWV Falcon to enable top-side maintenance work. The campaign will go on for 195 days, with the possibility to extend.

“We are excited to be working on our second campaign in India, as it brings us that much closer to the local market,” Ramesh Namasivayam, Commercial Manager Australia, India & Indonesia from Ampelmann.

This is also the second contract between Ampelmann and MMA Offshore. The first one, secured earlier this year, enabled a similar work scope in Brunei. “We value the close relationship with MMA and are happy to provide them with a safe and efficient means for transferring personnel offshore.”

Alongside the work in India, Ampelmann has also signed a contract to supply an A-type W2W system onboard the vessel NPP Nusantara, operating in Indonesia with PT Bintang Subsea Indonesia.

The contract is for 30 days firm, with options to extend, for supporting personnel transfers between the vessel and a floating asset. The NPP Nusantara will be used as a floatel for this scope to accommodate the increased personnel needed at the location.

“The adoption of the Ampelmann gangway system to support this programme has without a doubt increased the safety and efficiency of the day-to-day transfer operations for the crew. For mass personnel transfers on and off offshore facilities, we would recommend these systems as an effective and safe solution to our clients,” said Kenny Black, Technical Director of PT Bintang Subsea Indonesia.

“We are happy to have gained the trust of PT Bintang Subsea as an offshore access provider,” said Joeri Poelmann, Asia Pacific Director at Ampelmann. “This campaign is a great opportunity to expand our work in Indonesia and bring a higher level of safety and efficiency to offshore operations in the region.”