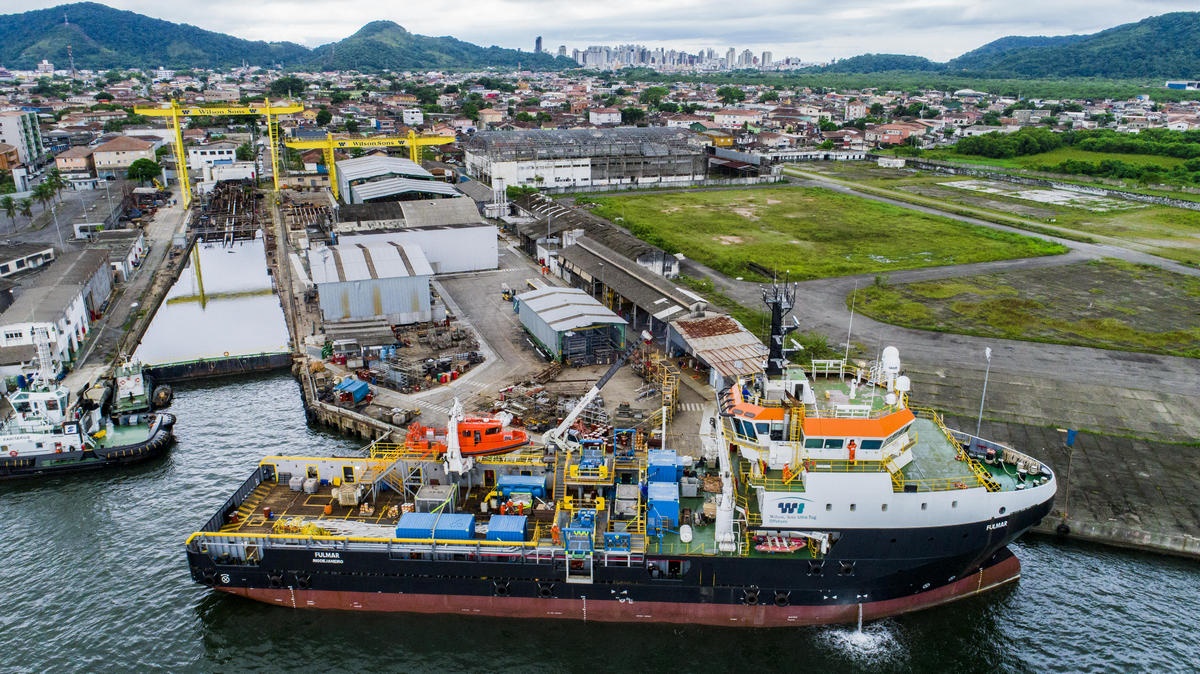 In April Damen and Wilson Sons Estaleiros completed the conversion of platform supply vessel Fulmar to a shallow dive support vessel (SDSV). For this, the vessel, owned and operated by Wilson Sons UltraTug Offshore, need an upgrade from DP1 to DP2 Class notation.

When Wilson Sons UltraTug Offshore was awarded a Petrobras contract to supply an SDSV, they decided to carry out the conversion, in partnership with Damen, at the Wilson Sons shipyards in Guarujá. For maximum efficiency and preparation, Damen carried out quick scan and later a feasibility study for the project before Wilson Sons had been awarded the contract.

Daniel Pereira, Maintenance Manager said, “The project was not without its challenges. For one thing, in order to have the vessel ready in time for its contractual obligation with Petrobras we had just six months to fulfil the entire project scope.”
This included engineering, work preparation, material deliveries, installation and FMEA testing. As well as the initial study, Damen’s scope was engineering, integration and site management of the DP2 upgrade.

“Another challenging aspect of the project was that it involved the close cooperation of multiple partners, among them: 2 Wilson Sons Companies, Damen Services and DTC, Van der Leun, WEG, Rolls Royce, Kongsberg, Brunvoll, Lloyds, Noble Denton and LOC. To make sure this went smoothly, we established clear demarcation of responsibilities for each partner from the outset and held regular integration meetings. During the engineering phase this meant weekly integration meetings to monitor progress and avoid changes in scope as far as was possible. Later, during execution, operational progress meetings were held on a daily basis.”

After finishing extended Petrobras tests, the vessel has been accepted and went successfully into operation early May.

The partnership between Damen, Wilson Sons Shipyard and Wilson Sons UltraTug Offshore already had the construction of 18 PSV in the past 12 years, and continues looking forward for new opportunities.