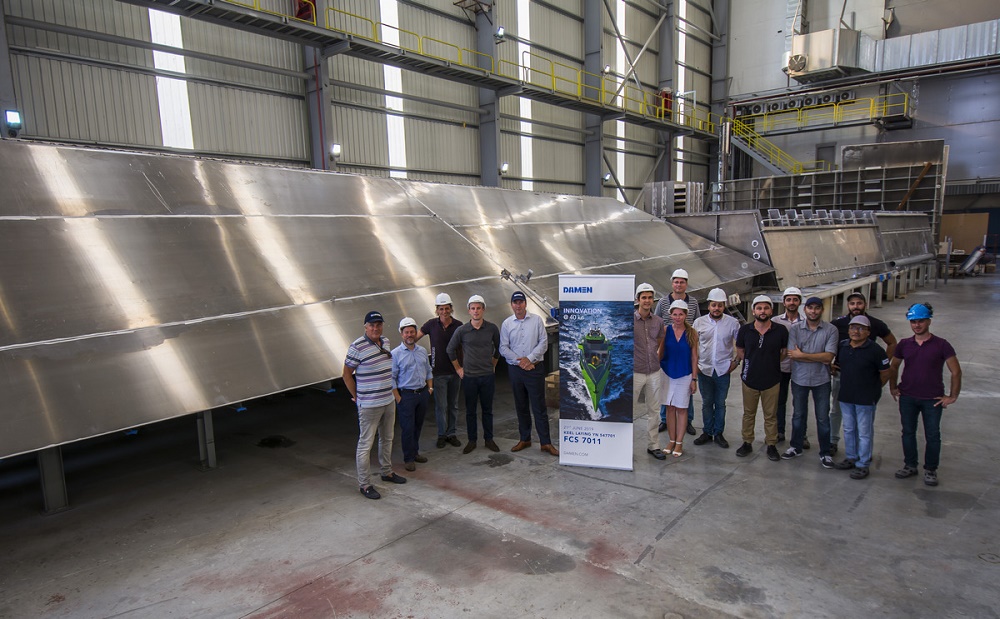 Two and a half years on from the genesis of the FCS 7011 concept in response to extensive feedback from the offshore energy sector, the build of the first of this revolutionary design has begun at Damen Shipyards Antalya, Turkey. This milestone, the result of many thousands of hours of discussions, development work, engineering and cross-industry collaboration, was marked by a traditional keel-laying ceremony held at the yard.

70 metres in length, it will be the largest monohull vessel to be built in aluminium by Damen and is scheduled for launch in August 2020. A prospective client can realistically look forward to delivery by the end of that year.

The FCS 7011 represents the future of crew change. It promises to offer greater efficiencies than ever before through its ability to carry larger numbers of personnel – up to 250 – greater distances – 200nm and more – at speeds of up to 40 knots. The integration of technologies including stabilisers, active interceptors and marine access systems will ensure that the men and women on board are delivered safe, well rested and ready for immediate work. While the design of the vessel allows it to operate in a wider range of weather conditions than conventional fast crew vessels, its capacity, speed and range means that multiple offshore installations can be served in a single round trip, thereby delivering substantial savings in both time and operational costs.

Developed in close cooperation with the offshore energy sector, as the concept becomes reality interest in operating and chartering is building from both the oil & gas and renewables sectors. Momentum for exactly this type of vessel is growing rapidly as the oil majors recognise the benefits to be gained by scaling up crew deliveries in terms of size, serviceability, flexibility and safety. Customer interest is such that Damen expects that within a few years a number of FCS 7011 vessels will be operating on both sides of the Atlantic and elsewhere.

Damen Shipyards Antalya is the ideal location for the build of the FCS 7011. A leader in the build of high-speed craft in both composites and aluminium, it also has experience in larger passenger vessels with recent projects including a 55-metre RoPax Fast Ferry and a Yacht Support Vessel. 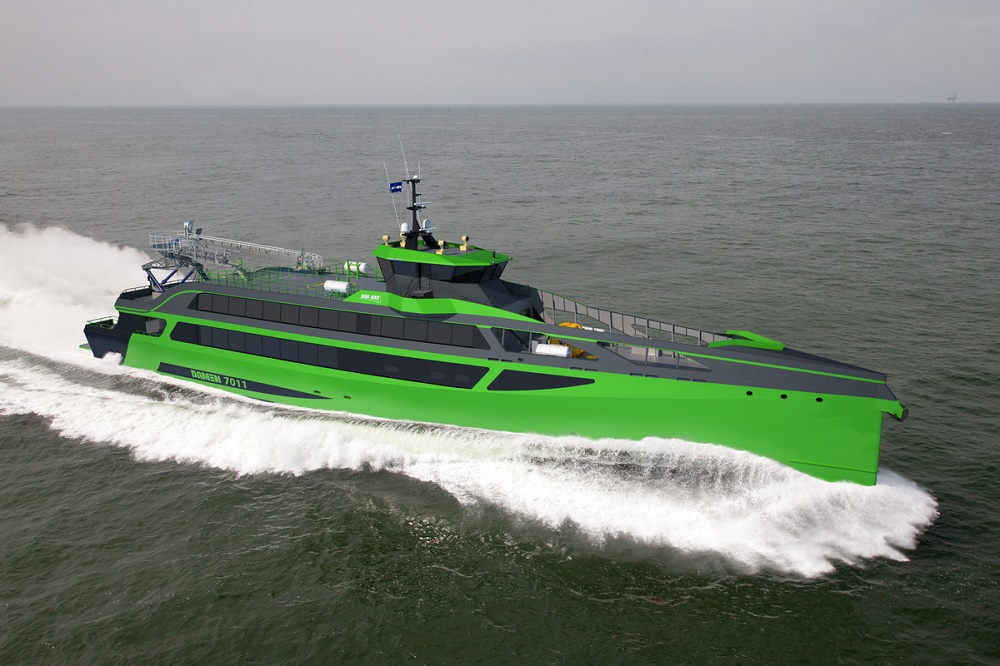