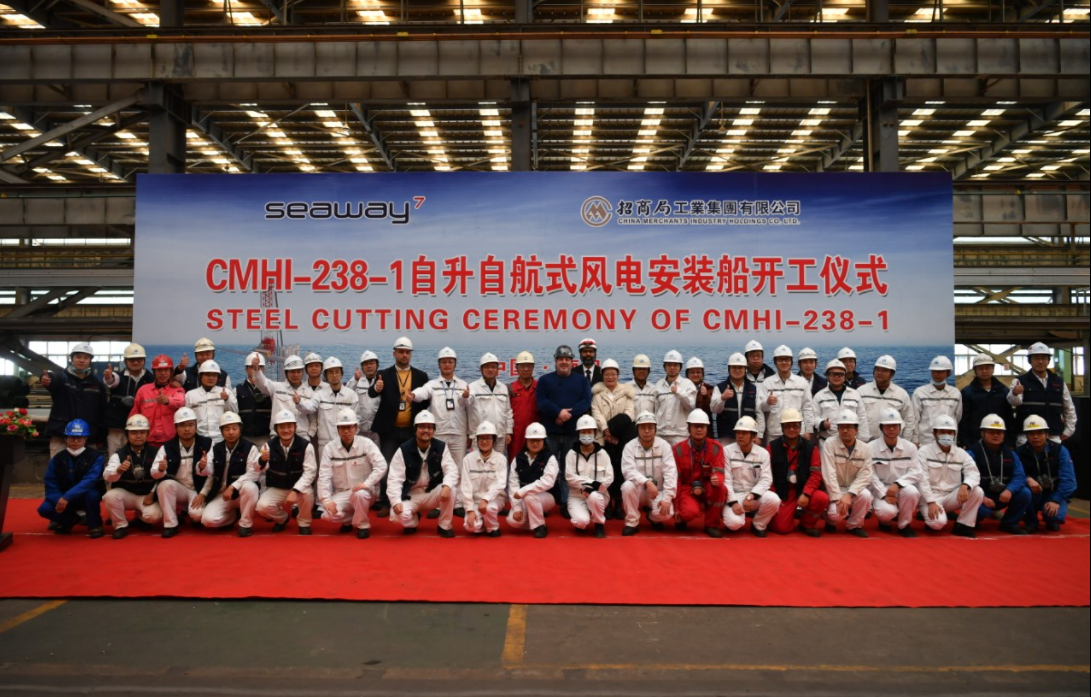 Seaway 7 is pleased to announce that today the steel cutting ceremony took place for its next generation Wind Turbine Installation Vessel (WTIV) at the China Merchants Heavy Industry (CMHI) facility in Jiangsu, China. The ceremony marks the first major milestone in bringing its GustoMSC NG-14000XL-G jack-up vessel to the market.

Torben Mikkelsen, Project Manager for the new build vessel said; ‘This is a significant moment for Seaway 7 and a great milestone for us after one year of designing and engineering the vessel’.

Seaway Ventus will be amongst the world’s largest jack-up installation vessels, designed specifically to transport and install the next generation offshore wind turbines and XL monopile foundations.

The vessels inaugural project will be the transport and installation of Wind Turbine Generators for Ørsted’s Borkum Riffgrund 3 and Gode Wind 03 offshore wind farms in Germany. First announced in October, the contract was signed on 11th November and is subject to Ørsted’s final investment decision.

The vessel will be capable of installing wind turbine components in water depths of 65m, to a height of up to 182m above the sea and will feature a telescopic leg-encircling crane with a maximum lifting capacity of 2,500t in retracted mode and 1,600t in extended mode.

Special emphasis has been placed on providing a class-leading environmental footprint by way of energy and heat recovery, battery hybrid solutions as well as a sophisticated electrical and control system, reducing CO2 emissions by 20% compared to similar units. The vessel will be prepared for hydrogen fuel cells which will cut emissions even further when such technology becomes available.