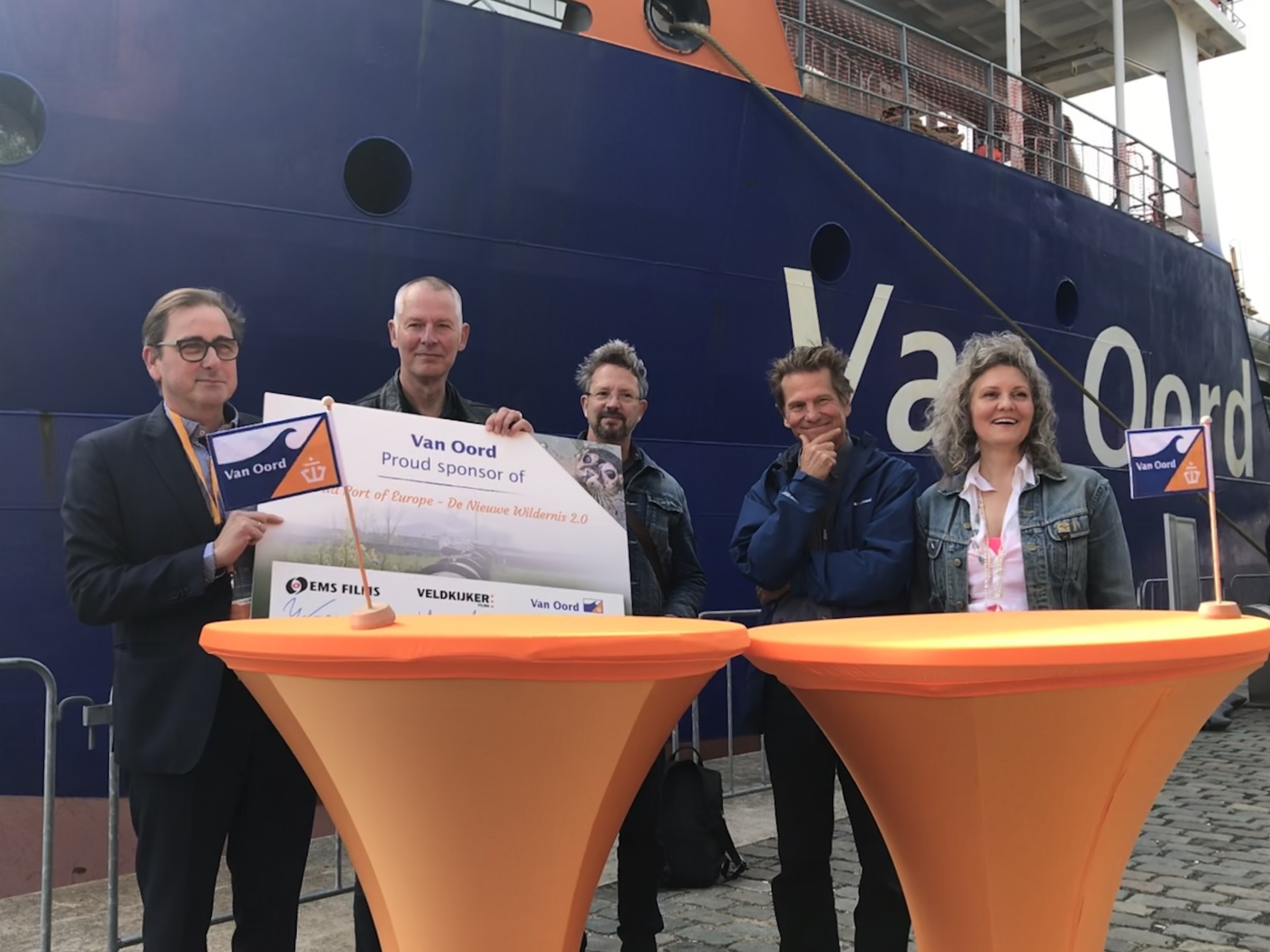 Van Oord and film companies EMS and Veldkijker have signed a sponsorship contract for a new nature film, Wild Port of Europe – The New Wilderness 2.0. The film will be screened in 2021 and is a dramatised nature documentary about the Rotterdam port area.

The film’s locations include the Port of Rotterdam, the Nieuwe Waterweg, the Oude and Nieuwe Maas, the Port of Moerdijk, the Hollands Diep and the surrounding industrial areas. The story is told from the perspective of the animals that live in these areas. In this way the film shows the abundant, resilient, dynamic forces of nature. In addition to the cinema film, educational tools are being provided and also media events are being organised to improve awareness of the power of nature in this area.

Because of our office next to the Van Brienenoordbrug Bridge and our yard in Moerdijk, the film literally takes place in our backyard. We are a family-owned company that values sustainability and building with nature. Making a contribution to this film was therefore a logical step. Moreover, the film will make many people aware of the power of the Dutch Delta nature. The presence of nature within Europe’s largest port is truly surprising.