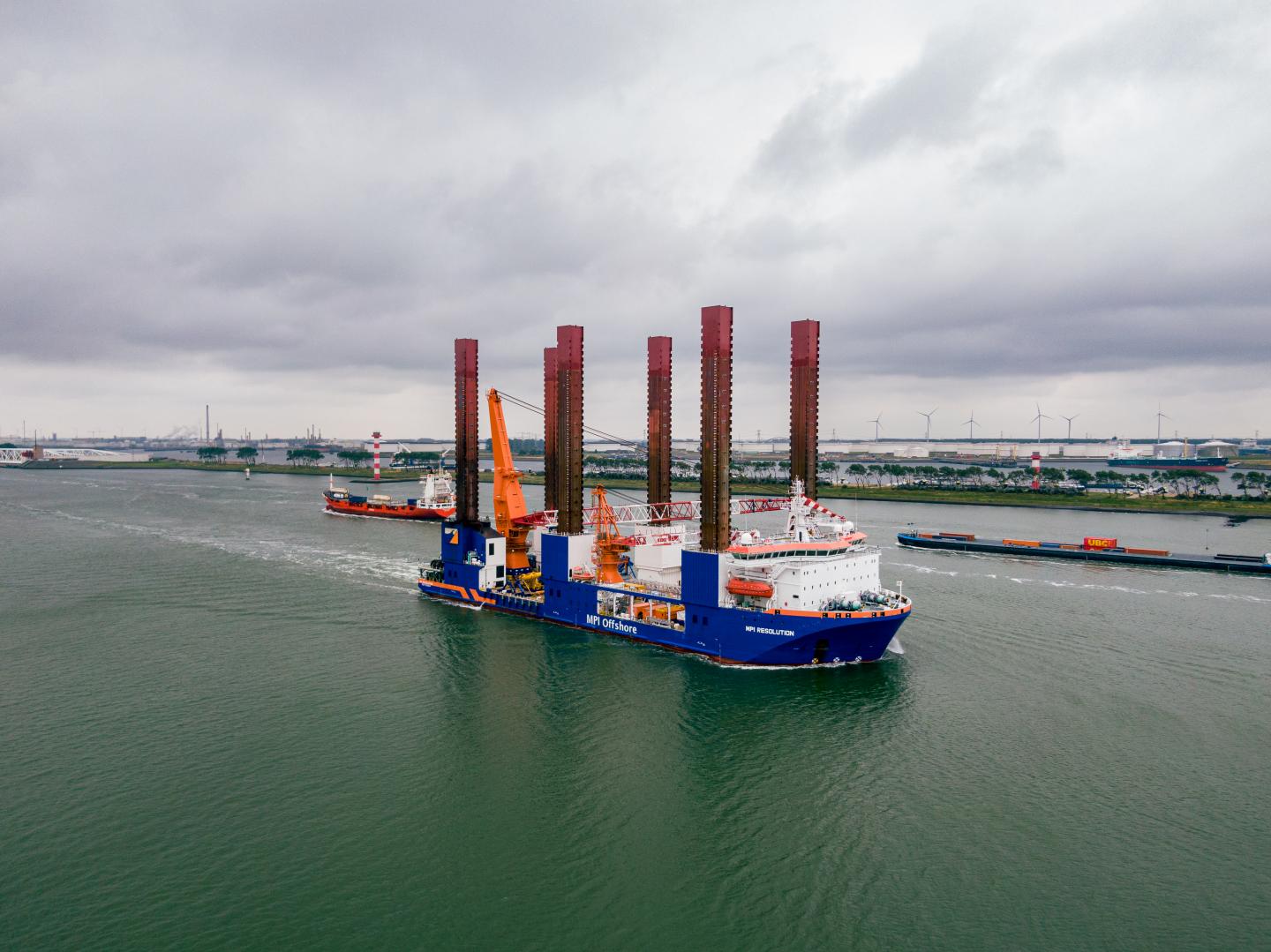 Van Oord’s offshore installation vessel MPI Resolution will commence its work for the Taranto Offshore Wind Farm in Italy. The Taranto Offshore Wind Farm is located near the Taranto harbour in Italy and consists of 10 turbines. This windfarm will be the first offshore wind farm in the Mediterranean Sea. The wind farm will have a capacity of 30 MW and estimated output of 58,000 MWh per year.

MPI Resolution
This week the MPI Resolution has set sail to Italy to install the monopiles, secondary steel and the wind turbines generators. The mobilization was prepared in the last two weeks in the Rotterdam area, taking a variety of equipment on board including a Menck hammer, sea fastening, upend tool and lifting equipment. ​​The vessel is perfectly suitable for the works in the Mediterranean Sea because it can handle both the very shallow and deeper water locations as water depths vary from 4 to 18 metres. During the pile driving activities, Van Oord deploys its innovative FaunaGuard system. This in-house developed acoustic device safely and temporarily deters dolphins by using special underwater acoustics.

Van Oord signed a contract with Renexia SpA, a subsidiary of Toto Holding, for the transport and installation of the 10 foundations and turbines. The turbines will be provided by Ming Yang Smart Energy.