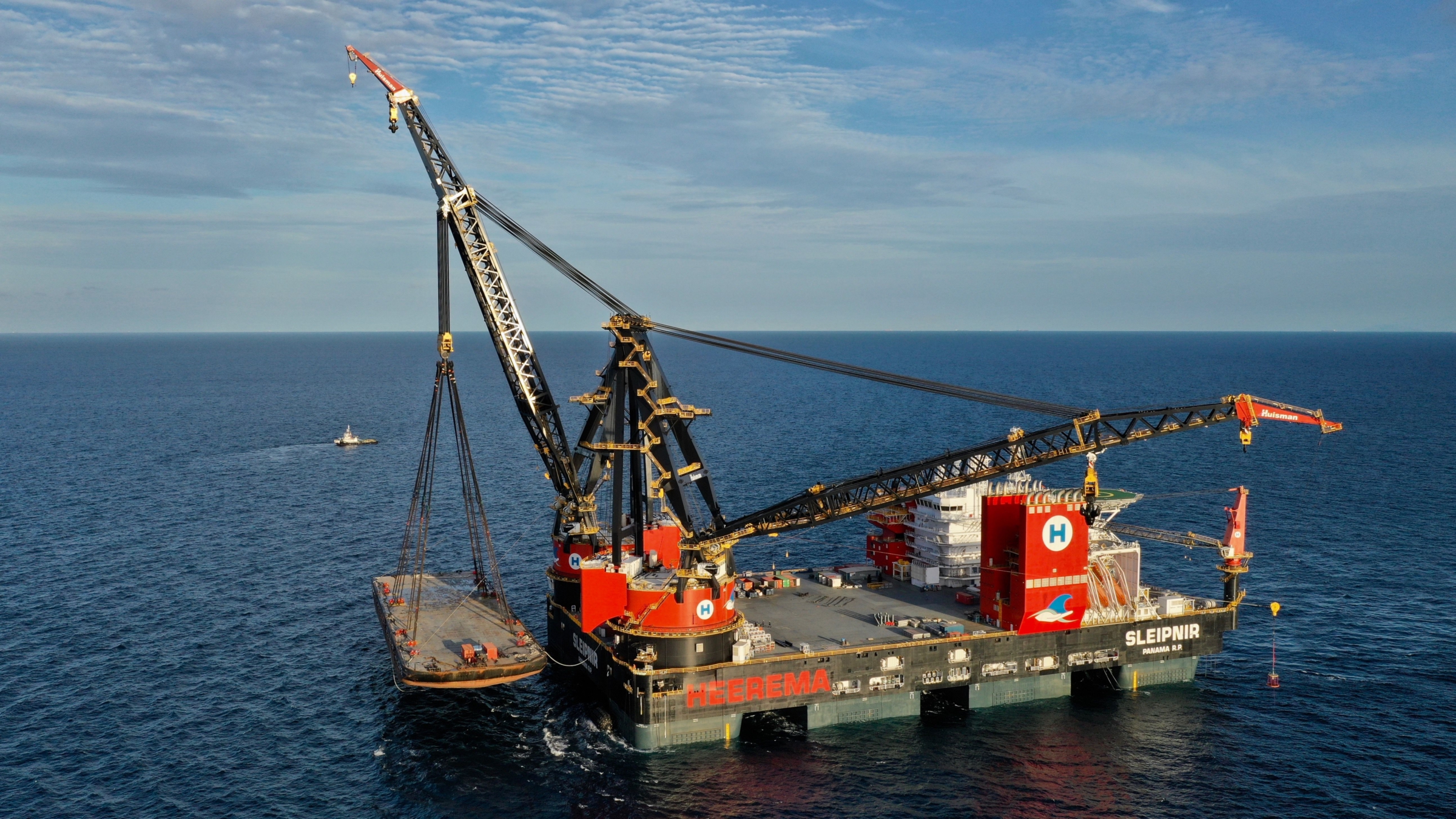 Sleipnir, Heerema Marine Contractor’s newest state-of-the-art semi-submersible crane vessel and the world’s first LNG powered Construction Vessel, has successfully completed her sea trials and crane load tests.
During Sleipnir’s sea trials all major systems performed according to specifications or even better:
Sleipnir’s speed was tested and when fully deploying all eight thrusters, a speed was reached of 12.2 knots, approximately 22.6 km per hour, significantly reducing Sleipnir’s transit time to projects around the world.

The vessel’s two 10,000-tonne revolving cranes which can lift loads of up to 20,000 tonnes in tandem, were also put to the test. Being the largest crane vessel in the world, Sleipnir can lift huge loads and the tests showed she can easily meet the cranes’ specifications. Operational tests were carried out successfully with loads of 11,000 tonnes per crane (110% of its capacity) and the cranes passed the tests with flying colors.

The Dynamic Positioning system performed even better than the specifications and the system can keep Sleipnir stationary within the footprint of a garden tile of 30 x 30 cm during operational work.

Sleipnir will soon commence its maiden voyage to southern Spain where it will be prepared for its first installation project in the Mediterranean.