Nieuws & pers Ampelmann Technology in the Spotlight at Annual Awards 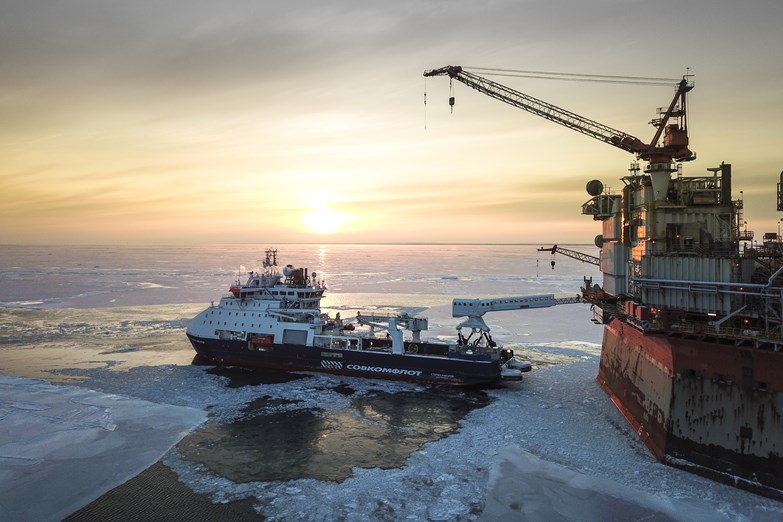 Ampelmann, a leader in the provision of safe offshore access to the energy industry, has been commended for its innovative N-type Icemann gangway with an OTC Spotlight on New Technology award.

The N-type, nicknamed Icemann, is designed to safely and efficiently transfer crew in extreme icing and temperatures as low as -28C (-18F). The fully enclosed and insulated system is operational in sea states up to 3.5 metres significant wave height and comprises active motion compensation.

The OTC Spotlight on New Technology awards recognizes the latest and most advanced technologies that are transforming the global oil and gas industry.

The accolade comes as the Netherlands-based company surpassed more than four million people transfers worldwide since it was founded in 2007.

Ampelmann created the Icemann in response to growing demand for effective and safe personnel transfer equipment in frontier regions such as sub-Arctic Norway and Canada. The system can rotate to 360 degrees and is controlled from the vessel with flexibility in platform landing locations and directions.

Last year the Icemann was installed on the Stepan Makarov, a new ice-class platform standby vessel built for the Sakhalin-2 project under a 20-year charter between Sakhalin Energy and vessel operator, Sovcomflot.

It is the first standby vessel in the world to use such a gangway for operations in severe ice states and temperatures. The system has already reached a milestone of more than 22,500 transfers since its arrival in August.

Jan van der Tempel, Ampelmann’s chief executive officer, said: “At Ampelmann we are dedicated to the continued innovation of Walk to Work systems, it is fantastic to see our team’s hard work recognised by the OTC Spotlight on New Technology awards and we look forward to receiving our award next month at the show.”

“Various extreme weather technologies were employed in the design of the Icemann, making it the most high performance gangway system that has ever been built from an operations and conditions point of view.”