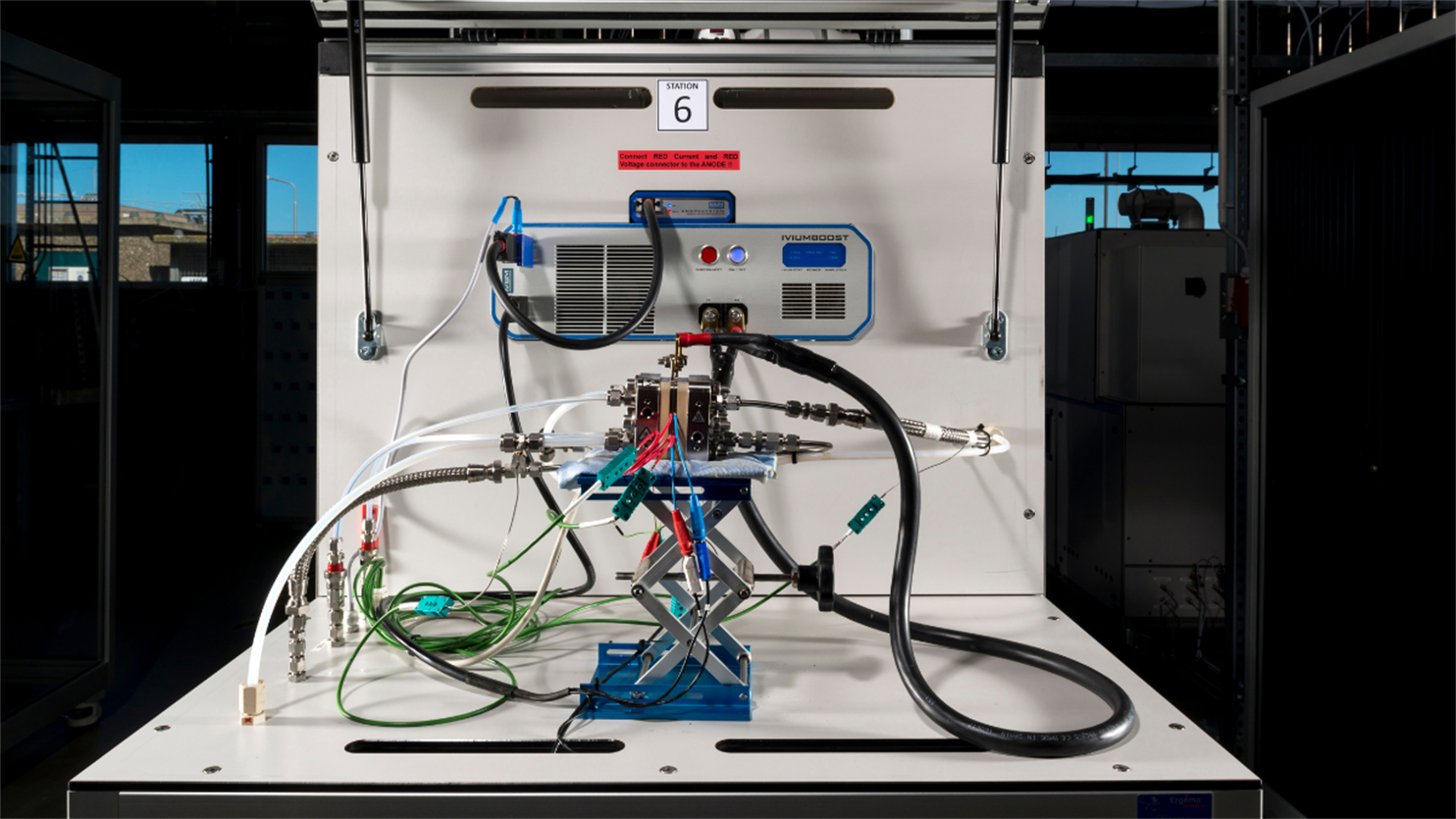 Produced via electrolysis using electricity from the sun and wind, green hydrogen has a crucial role to play in the energy transition. Iridium is a scarce material that is presently essential to electrolysers working with the commonly used Proton Exchange Membrane (PEM) technology. Researchers at TNO have been the first to develop a method that will require 200 times less iridium where a performance of 25% – 46% of the current generation of electrolysers can already be achieved. A patent application has been made for this method.

‘The expected growth of green hydrogen from 300 megawatts in 2020 to tens of gigawatts in 2030 has a flipside’, explains TNO expert, Lennart van der Burg. ‘It implies a proportionately growing demand for the scarce iridium for the electrolysers that will need to be built. Earlier TNO research revealed that the scaling up of electrolysis could be hampered by the extremely limited availability of scarce resources, especially iridium and platinum. In ten years’ time, the demand for iridium will vastly exceed its availability. Moreover, we rely on a small group of countries for its delivery, with all the risks that implies.’

The fact that we are reducing the required iridium by a factor of 200, while already achieving an average of one third of the performance of current electrolysers, is a technological breakthrough,’ says Van der Burg. TNO researchers of the Faraday Lab in Petten, specialised in electrolysis, collaborated with colleagues from the Holst Centre in Eindhoven. TNO previously developed the spatial Atomic Layer Deposition (sALD) technology here, a method to apply extremely thin layers of functional materials to large surface areas. This technology was intended to birth the next generation of television, tablet, and smartphone displays. The research team has now also made the technology applicable to electrolysers.

Lennart van der Burg:
‘The fact that we are reducing the required iridium by a factor of 200, while already achieving an average of one third of the performance of current electrolysers, is a technological breakthrough.’

TNO has spent the last two years experimenting with the sALD technology. Researchers applied an ultrathin layer of iridium as a catalyst material on a porous transport layer of titanium, instead of on a membrane, as is presently customary. The functioning and stability of the new method has been proven after different lab tests. Little to no degradation occurred after initial stress testing. On top of this, the electrolyser’s membrane remains iridium-free, making it easier to recycle and reuse.

Together with a group of leading industrial partners and within the Voltachem program, TNO is working on moving this promising technology from the lab to practice. For this, the method needs to be scaled up to pilot scale to demonstrate its functioning under real-life conditions.

‘We’re not there yet’, warns van der Burg. ‘We’ve shown that the technology works in the lab, but we need to continue developing it to improve its lifespan, efficiency, and our capacity to produce it at scale. Previously, TNO and several other European knowledge institutes, already requested setting demands on the use of scarce materials when carrying out large pilot projects. It should be possible to apply the technology at a large scale in 2030. In this year the European target of installed electrolysis capacity is set at 40 GW, which is by than hopefully using much smaller amounts of scarce materials.’