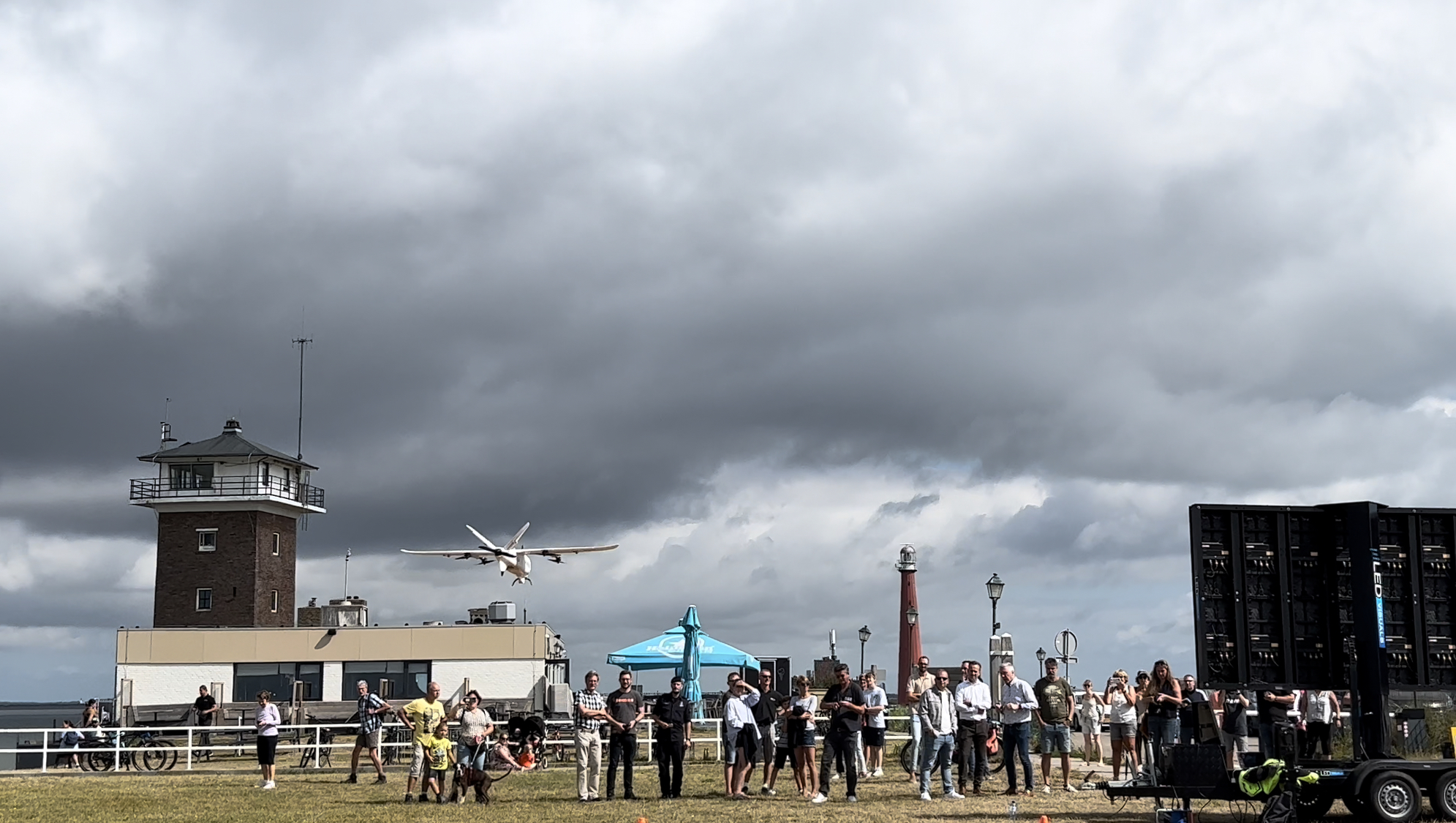 Drone Delivery flight Den Helder-Texel v.v. successful! The first Drone flight from the mainland to the Isle of Texel and an important milestone in the context of the development and test process of the Long Distance Cargo Drone Network project is a fact!

The project, with cooperation partners AirHub, DHSS and Phoenix-Wings GmbH, is aimed at the transport of medicines and medical supplies, documents, tools and instruments to and from Offshore installations, while supporting the pursuit of climate neutrality.

DroneQ Robotics, in collaboration with AirHub in the METIP project Long Distance Cargo Drone Network, carried out an important test on 18 August 2022 by delivering a water sample from Huisduinen to the NIOZ research centre on Texel with a cargo drone from Phoenix Wings. The primary goal was to test the connectivity systems and the self-developed camera systems.

Prior to the 15 km long flight, coordination took place with the Human Environment and Transport Inspectorate (ILT – CAA) and military air traffic control De Kooy, Den Helder and the necessary approvals were granted. The flight was first carried out in a flight simulator and the various emergency scenarios were tested in the simulator. Changing weather conditions such as strong wind, gusts, wind directions and precipitation are simulated. Only when it was determined that the flight could be carried out safely, the actual flight was pallend and carried out. Safety comes first!

The 15-minute flight from the Huisduinen mainland to the Isle of Texel was flown entirely on 4G with a radio connection as a backup. The cargo drone landed on the NIOZ site on he Isle of Texel where the sample was received by NIOZ and the return cargo was loaded into the aircraft. This consisted of a so-called birdtag, a lightweight piece of ingenious electronics that NIOZ has developed to be able to track birds. By transporting by cargo drone, NIOZ was able to test the possibilities of the birdtag in a different way than usual.

Both flights went very well and is an important step in the Long Distance Cargo Drone Delivery project.