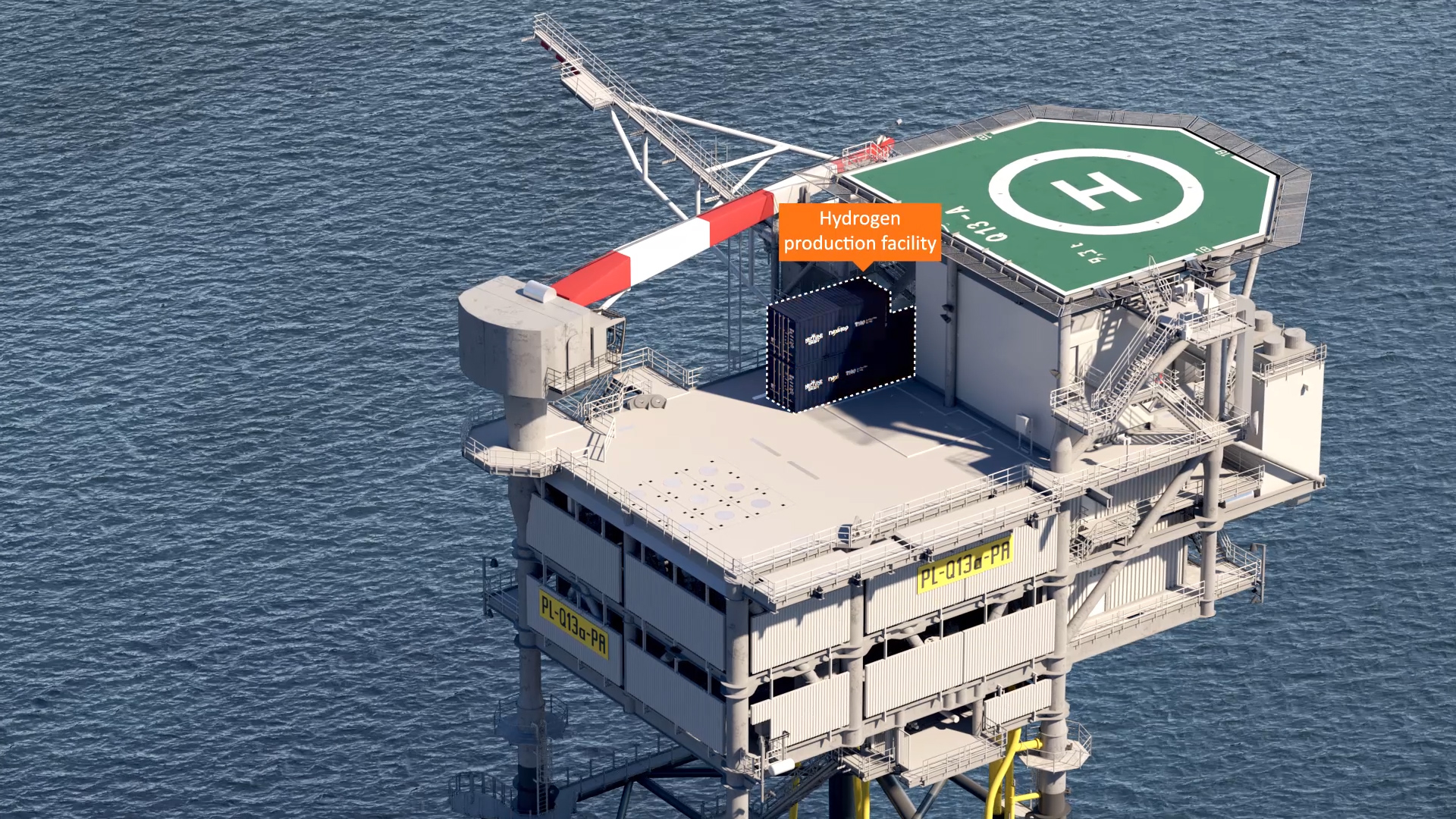 The Netherlands Enterprise Agency (RVO) has awarded a subsidy of 3.6 million euro to the PosHYdon project, the world’s first offshore green hydrogen pilot on a working platform. With this subsidy the consortium can start up all activities for this pilot. The remaining budget will be funded by the consortium partners.

René Peters, Business Director Gas Technologies TNO and initiator of the North Sea Energy Program: “PosHYdon is the ultimate example of system integration in the North Sea. In many studies, hydrogen is considered the missing link in the energy transition, with many talking about all the opportunities. But here, right off the coast of Scheveningen, it will actually take place. PosHYdon will teach us a lot about the next steps that need to be taken towards safe, large-scale green hydrogen production at sea. Offshore green hydrogen production will enable large-scale wind farms to be developed far out at sea. Wind energy is then directly converted to green hydrogen and can be transported through the existing gas infrastructure. As a result, offshore wind projects can be realized faster at significantly lower costs for society. I am therefore very happy that we can now progress with PosHYdon.”

Jacqueline Vaessen, Managing Director of Nexstep, national platform for reuse and decommissioning: “Together with a number of operators and TNO, this idea arose about two years ago from a brainstorming session of the ‘Re-purpose’ working group within Nexstep. We looked at what the best location would be to host this pilot and then arrived at Neptune Energy’s Q13a-A, since that platform is already fully electrified using green electricity.”

PosHYdon seeks to validate the integration of three energy systems in the Dutch North Sea: offshore wind, offshore gas and offshore hydrogen and will involve the installation of hydrogen-producing plant on the Neptune Energy-operated Q13a-A platform. The Q13a-A is the first fully electrified platform in the Dutch North Sea, located approximately 13 kilometres off the coast of Scheveningen (the Netherlands).

Electricity generated by offshore wind turbines will be used to power the hydrogen plant on the Q13a-A platform, converting seawater into demineralized water, then into hydrogen via electrolysis. The aim of the pilot is to gain experience of integrating working energy systems at sea and the production of hydrogen in an offshore environment. In addition, in this project the efficiency of an electrolyser with a variable supply from offshore wind will be tested, and at the same time knowledge and insights on the costs for the offshore installation as well as maintenance costs will be obtained.

The green hydrogen will be mixed with the gas and transported via the existing gas pipeline to the coast. The 1 MW electrolyser will produce a maximum of 400 kilogrammes of green hydrogen per day.