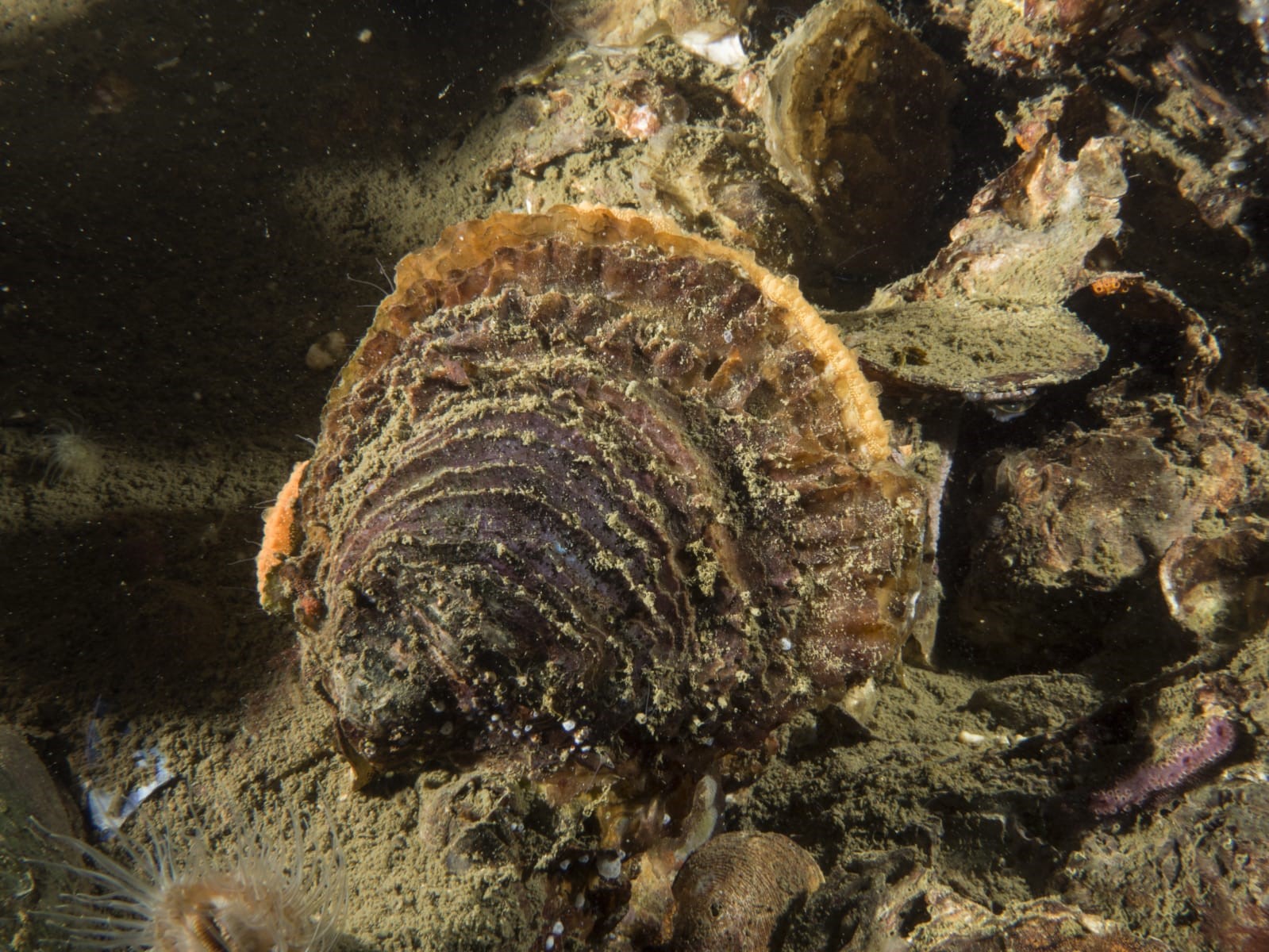 Van Oord, as part of Two Towers, takes the next step in a research programme relating to the restoration of European flat oyster beds. To investigate methods for the development of oyster reefs at offshore locations, a total of eight reef structures with oysters will be installed underwater within the Borssele Wind Farm Site V in the North Sea.

Ecoscour protection at the Borssele Wind Farm Site V
The Borssele Wind Farm Site V, located 20 km off the coast of the Netherlands, has been designated as an innovation site. Two Towers, consisting of Van Oord, Investri Offshore and Green Giraffe, has been awarded the concession and has therefore been given a unique opportunity to test and demonstrate advanced technologies. One of the technologies is the Ecofriendly scour (Ecoscour) protection.

Oyster reefs are the basis for a healthy, thriving underwater life. They filter the seawater and provide food, shelter, and spawning area for fishes and other marine species. Over a century ago, one-fifth of the Dutch part of the North Sea was covered with European flat oyster beds, but these have disappeared, due to overfishing, habitat destruction and disease. Because of the designation of marine protected areas and the construction of offshore wind farms, areas with undisturbed seafloor are increasing. This provides an opportunity for restoring the oyster reefs in the North Sea. The Ecoscour project generates knowledge on the development of oyster reefs. Van Oord works together with Wageningen Marine Research, HZ University of Applied Sciences, Bureau Waardenburg and the Netherlands Institute for Sea Research.

Putting research into practice
The potential for offshore wind parks in the North Sea to contribute to achieving biodiversity goals, restoring ecosystem functions, and enhancing ecosystem services is gaining commitment. A leading example is the offshore Borssele Wind Farm Site V which provides an opportunity to gain knowledge on best practices for oyster reef development. This research programme tests different outplacement methods for live European flat oysters on the two scour protections of Borssele Site V, by installing eight different structures offshore. On the different structures oysters will be placed in various ways such as contained, loose and pre settled. This is being done to determine which method works best for the long-term establishment of oyster reefs on scour protections. Additionally, the research team wants to gain knowledge about what the most effective life stage of a European flat oyster is for installation on the scour protection: for instance adult oysters or juvenile oysters / spat or a combination of both. By means of our Ecoscour research programme and the installation of these eight new reef structures offshore, the team aims to learn a great deal about developing oyster reefs in the North Sea on a large scale.

Nature enhancement in wind farms
Over the past two years, several experiments have been executed, for example to learn about the type of substrate most likely to be successful in collecting oyster spat. The research findings provide insight that contributes to upscaling the development of oyster reefs in existing and future offshore wind farms. The acquired knowledge will enable developers and owners to incorporate methods for nature enhancement in their wind farms. These innovative eco-designs for monopile scour protection, cable crossings and other installations on the seafloor will benefit the marine environment and associated societal interests.