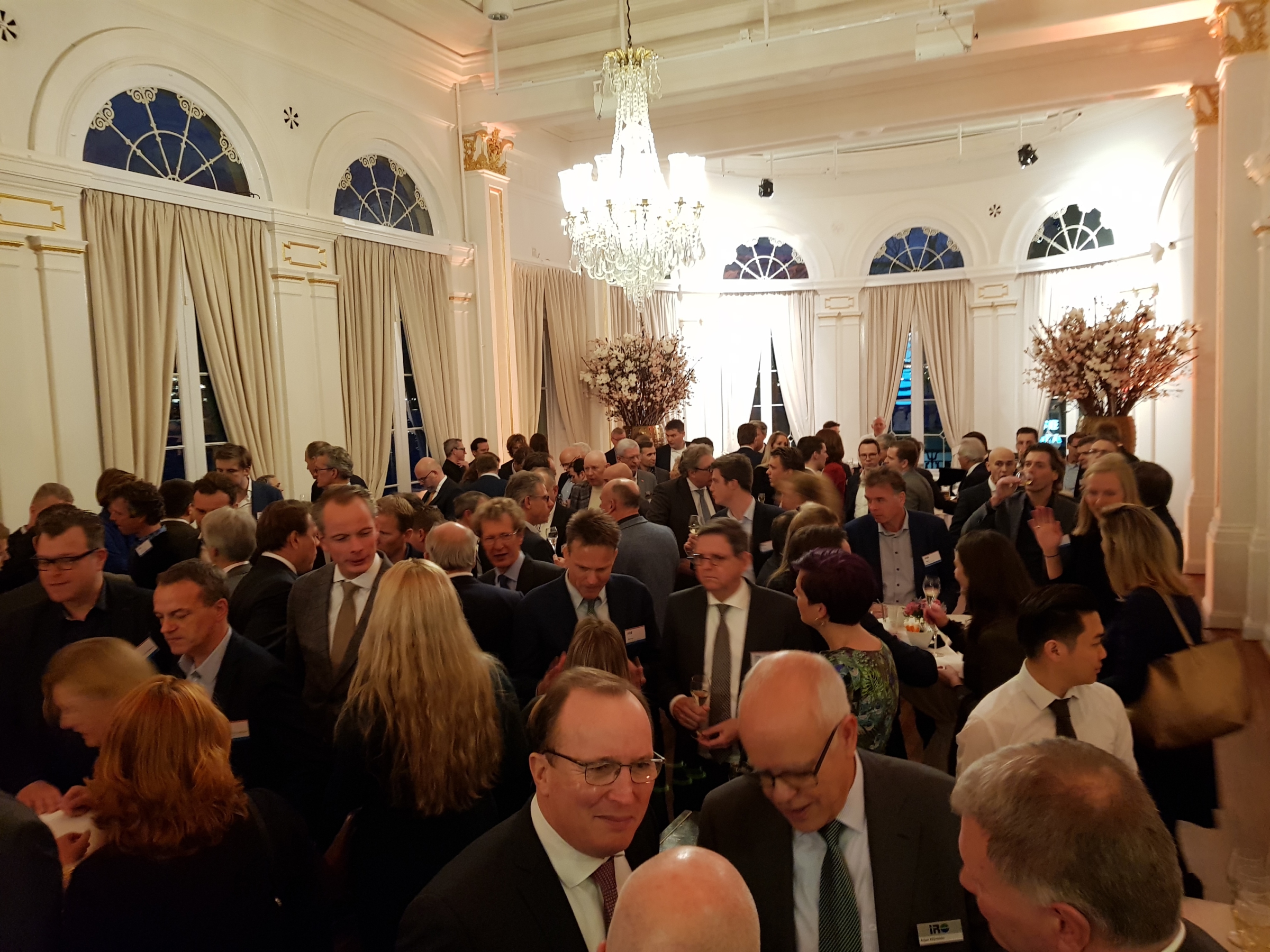 Yesterday, the Wereldmuseum in Rotterdam was the beautiful setting for a very crowded IRO New Year’s reception. Around 300 IRO members were present to toast on a successful 2019.

As always, IRO Chairman Pieter van Oord and IRO Managing Director Sander Vergroesen welcomed the many IRO members, along with several IRO Board members. Many hands were shaken!

During his annual speech Pieter van Oord gave his view on the market. He concluded that 2018 has been a challenging year and has left its marks in several fields of the industry. Despite the first signs of recovery, most segments continue to suffer from persistent overcapacity and low margins. In spite of the challenging times, the Dutch offshore sector has proven to be able to cope with the difficult conditions through chain cooperation, innovation and strong entrepreneurship.
In addition, as a sector, we have also laid the foundation for a stronger international competitive position, from which we can benefit in the further strengthening of the market.

Young IRO’s Board member Siwart Mackintosh took the opportunity to thank IRO and its members for their support and stressed that Young IRO will continue to future proof the industry with many great events.

Finally, Pieter and Sander addressed some organisational changes within the IRO team.
Besides her birthday, yesterday was also Marjo Hakkenbrak’s last workday at IRO. After 18 years she has left IRO. She was thanked for all her efforts during those years. Liesbeth Köhne has taken over her position as Executive Secretary. Manuela van Dalen has started as Office/Communications Assistant and succeeds Liesbeth.

The IRO team is looking forward to work with you in 2019 and wishes you a successful new business year!