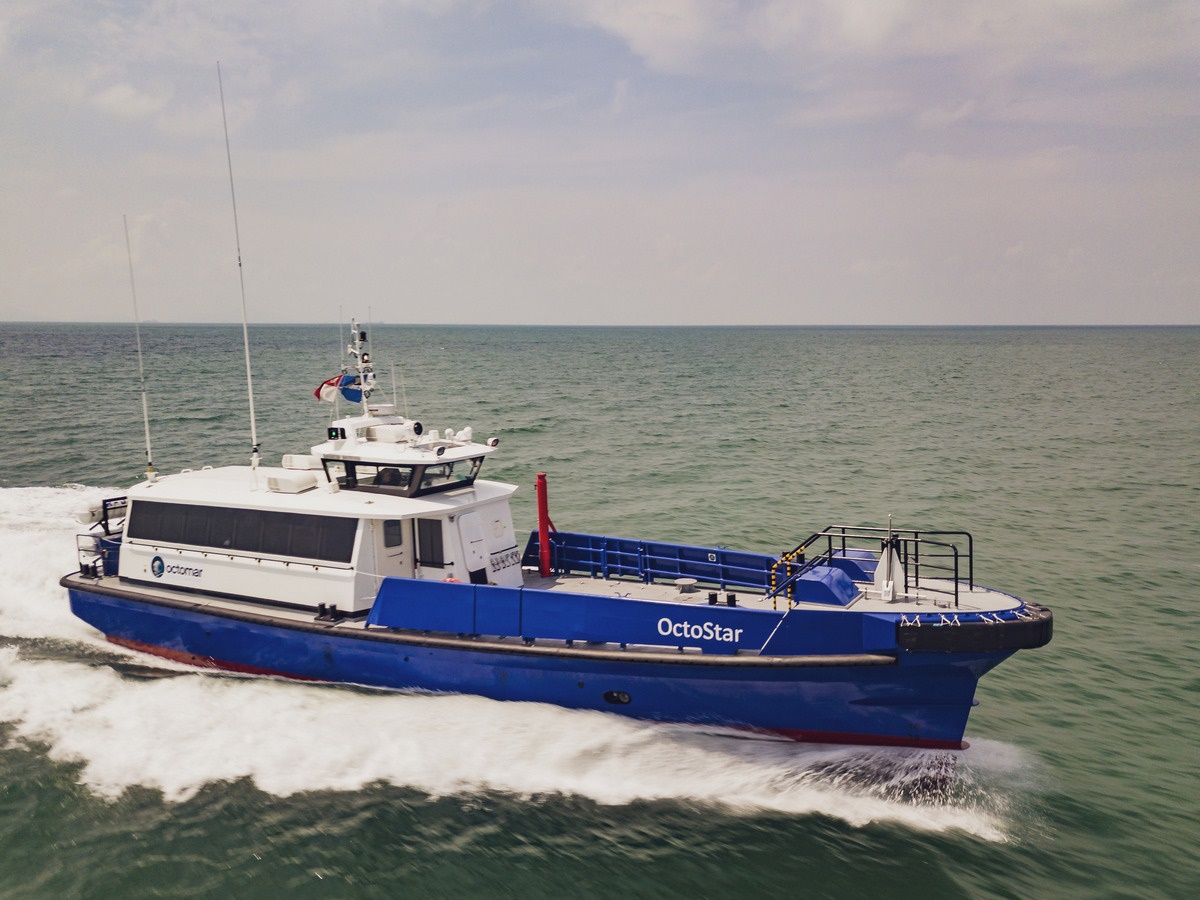 Independent Angolan diving services company OCTOMAR Serviços Marítimos Limitada has taken delivery of its first vessel from the Damen Shipyards Group; a Fast Crew Supplier (FCS) 2206. The vessel was selected for its ability to undertake a variety of roles, including supporting diving operations and deploying an observation class ROV operations to undertake subsea inspections and repair and maintenance work on offshore facilities. OCTOMAR’s FCS 2206 – OCTOSTAR will also be used to transport passengers and act as a standby and security vessel.

The 22-metre FCS 2206 is the new improved version of the successful FCS 1905, and 11 of the new model have already been delivered worldwide. Key features include excellent seakeeping thanks to the Sea Axe bow, low fuel consumption and the highest safety standards. Built in aluminium at Damen Shipyards Singapore, it can sustain speed of up to 30 knots.

Additional equipment specified by OCTOMAR included an external firefighting system, dedicated davits for the launch and recovery of divers and the observation class ROV and night observation gear.

“We are very pleased with its performance so far,” said Ricardo do Amaral, General Manager of OCTOMAR. “We selected the FCS 2206 based on the high quality of the construction, its proven reliability and the after-sales service package.”