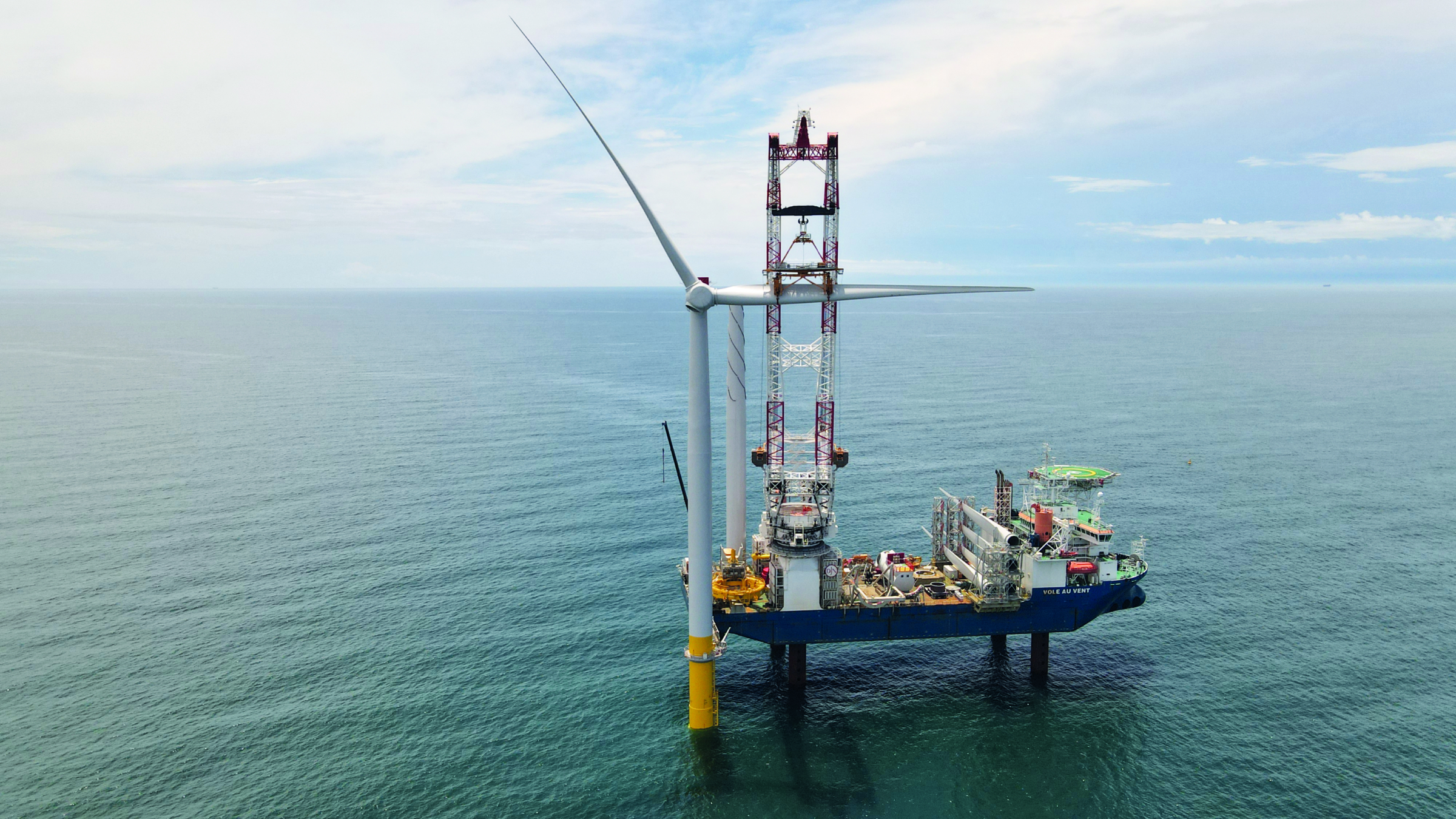 Offshore wind in the US is still in its infancy. The 30MW Block Island offshore windfarm and the Coastal Virginia Offshore Wind projects are at present commercially operating. However, with a technical potential of more than 2,000GW, offshore wind could play an important role in the US energy transition.

To make the US industry profit as much as possible from this energy transition, a lot must happen in the entire US supply chain. The nonprofit organisation Business Network for Offshore Wind promotes the growth of an offshore wind cluster that fosters the emergence of an offshore wind supply chain. Offshore Industry talks with CEO and President Liz Burdock to learn more about the organisation and its objectives with respect to the development of US offshore wind.

“Our activities,” Ms Burdock tells, “are based on three elements. First, we act as a connector for the industry. We are convinced that, to profit from the development of offshore wind as much as possible, collaboration is essential. Collaboration not only within the supply chain between the various companies involved, but also between the industry and its stakeholders such as government, population, and NGOs, as well as with organisations and companies from Europe as they have a lot of experience and knowledge in the field of offshore wind. Secondly, we are promoting offshore wind as an industry that, apart from being important for the energy transition, has an enormous potential when looking at jobs and economic value. Thirdly, we also provide business and public education about offshore wind and supply chain development related issues. Offshore wind is a new phenomenon in the US. Many people are not aware of the benefits offshore wind has to offer. They only see the supposed disadvantages and are not aware of the fact that this industry also has a lot to offer when looking at economic value and employment.”

Act as a connector

With its activities, the network differs from the many lobby organisations that are present in Washington DC to promote their industry among the relevant governmental departments. “Before we founded the Business Network Offshore Industry in 2013, I had been working as a lobbyist in Washington DC for many years, and I know how important the role of promoting an industry in Washington DC is”, Ms Burdock says. “However, there is much more to do. It is obvious that the future development of offshore wind has plenty to offer, but the US industry still has a lot to learn to fully profit. As an industry, we can learn from each other and from collaborating with the many experienced European contractors and operators that are enthusiastic about the opportunities US offshore wind has to offer. It is our aim to act as a connector in this matter and help the industry. Apart from this, raising awareness among the stakeholders of the many pros of offshore wind is another important way to pave the way for our industry.”

The network currently has around 380 members, two third of which are US companies, and most of the remaining one third are from Europe. “With this number of members, we can be considered as the world’s largest network organisation that focusses entirely on offshore wind”, voices Ms Burdock. “Other larger organisations have a broader perspective such as on and offshore wind energy, offshore oil, gas and renewables or renewable energy. It was our decision only to aim at offshore wind. So far, wind looks like the most promising offshore renewable energy source and focusing solely on this topic will make it easier to reach our goals.” “This does not mean,” Ms Burdock continues, “that other offshore renewable sources, such as marine energy, will not be part of our portfolio by the time offshore wind will have reached a more mature status in the US, but first things first.” The Business Network Offshore Wind takes ample initiatives to help the industry get in touch with European companies. “With RenewablesUK, we work together to exchange knowhow on various events,” Ms Burdock explains, “and we often work together with our counterparts on the other side of the Atlantic Ocean, although more formal cooperation would be welcome.”

When looking at the development of the offshore industry, there appears an image that is similar with the European situation. Ms. Burdock elaborates, “Many US oil & gas operators are looking for ways to make a move towards renewables and it is obvious that offshore wind has a lot to offer. Those companies are used to work at sea under harsh circumstances and for them, a move towards offshore wind is not so big, especially when working together with companies that already have offshore wind experience. A joint venture with companies from the oil & gas industry is currently working on plans for the first Jones Act-proof offshore windfarm. On the other hand, onshore wind in the US is already a huge industry and we notice a growing interest for going offshore from that side, too.” To make offshore wind a success for the US industry, it is important to establish a collaborating supply platform on the one side. On the other side, demand for offshore wind in the US must be stimulated. For the latter, a national survey conducted earlier this year by Public Opinion Strategies shows that over 80% of US voters favour offshore wind energy, with widespread support coming from both major political parties and every demographic group across the country, so public opinion seems to be positive for offshore wind developments and consequently for the industry. According to Ms Burdock. the time is right for US companies to act. “A proper supply chain is essential for making offshore wind a success for US companies. They are backed up by the Jones Act, so it will not be possible for European companies to operate without US input, however, collaborating with Europe is also important for the US companies. In this stage, they need the European knowhow for building up a track record of their own.”

State policies in the eastern coastal states of Maryland, Massachusetts, New Jersey, New York, and Rhode Island are presently vital drivers for the offshore wind industry, although west coast states California and Oregon are also investigating offshore wind. Ms Burdock states, “In Oregon, both government and industry are very enthusiastic about offshore wind, whereas California is more reserved as they have to deal with many barriers that might hinder the construction of offshore windfarms. On the west coast, floating windfarms will be in favour which is still in its developing stage, as bottom fixed offshore windfarms still are still favorite for most situations. However, as soon as floating offshore wind scales up, this type of construction will become cheaper and increasingly common. This will surely further raise the volume of offshore wind on the US Pacific coast.”

For Ms Burdock, the potential of offshore wind in the US evidently has much to offer. “Of course, it is not just a matter of constructing windfarms at sea”, she comments. “Constructing offshore windfarms occupies an extensive supply chain with numerous activities. Many US companies are interested in, for example, constructing vessels for the offshore wind industry, but this requires huge investments and as soon as offshore wind really sets off in the US, this will generate the required amount of financial leeway to have these vessels constructed. The New Jersey governor recently unveiled plans to develop what is being described as the United States’ first purpose-built offshore wind port. This project, valued at EUR 250 to EUR 350 million, is scheduled to begin next year. This project will result in a lot of work for many people.”

“Today,” Ms Burdock concludes, “the country may be economically in a low because of the COVID-19 crisis and low oil prices, though this does not mean that we should wait for the storm to pass. It will take time for offshore wind to really develop in the US but as we have seen in Europe, as soon as it really sets off, things can go very fast. Therefore, we should join forces and act now, so we are ready when the time is right to reap.”