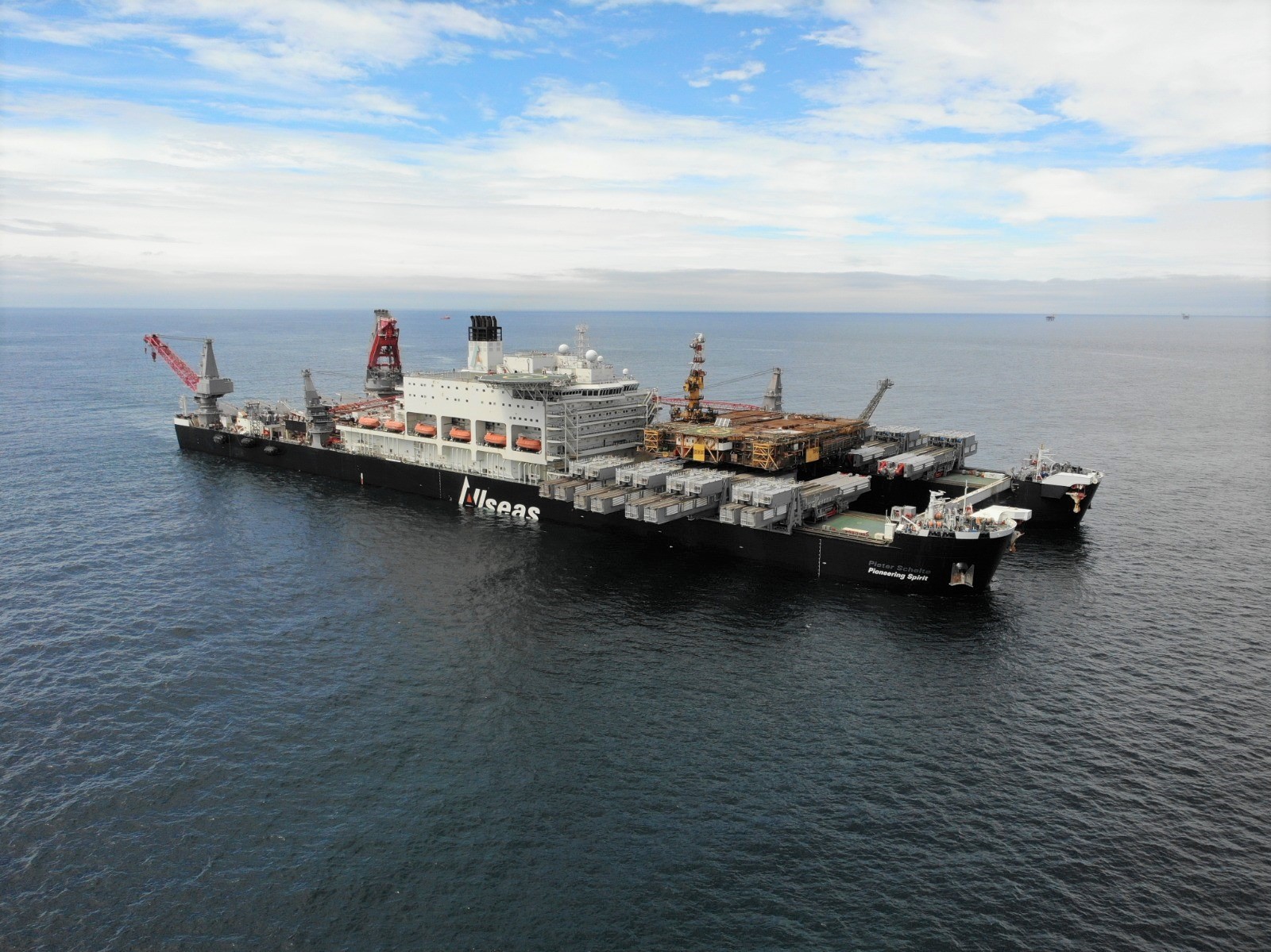 This follows the removal of the adjacent DP4 topsides and subsequent transport to the UK in April.

The vessel’s motion-compensated lift technology proved hugely effective in the shallow waters of Morecambe Bay, renowned for strong currents and challenging tidal conditions. For both the DP3 and DP4 operations, it was a matter of hours between arrival in the field and safe execution of the topsides’ lifts.

Pioneering Spirit will deliver the 5450-tonne DP3 installation to a new disposal and recycling facility at the Fife Energy Park, Scotland, where it will be reunited with the 5400-tonne DP4 structure next week.

The latter, including wellheads, pipelines and umbilicals, was removed by Allseas’ construction support vessel Oceanic in a complicated sequence of approximately 180 lifts.

Pioneering Spirit will return to Morecambe Bay to remove the DP3 and DP4 supporting jackets in 2023.

Operational since 2016, the DP3 and DP4 topsides removals for Spirit Energy is the vessel’s first heavy lift assignment outside the North Sea.

Still a relative newcomer to the offshore heavy lift market, Pioneering Spirit has already installed and removed over 200,000 tonnes of platform weight, moving the work onshore where it is safer and quicker.